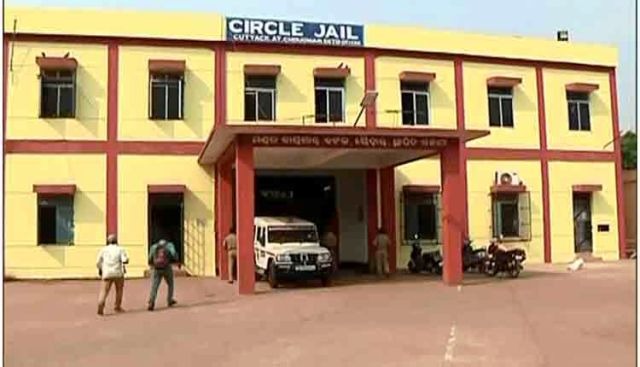 For strengthening the security of prisons and implementation of the latest technology, one additional post in the rank of IG has been sanctioned who will supervise and implement best practises adopted in other States like the use of Dominant Power Technology for inactivating networking of phones, deep search metal detectors, body-worn cameras etc, the senior police official stated. 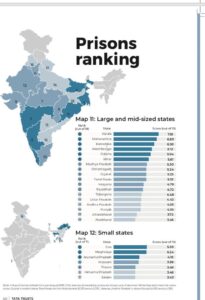 After rolling out of e-prisons module and new Prisons Manual in 2020, the next mission has been set up to interlink ICJS with CCTNS, e-prisons, e-courts. Besides above, e-mulakat module for interview of prisoners as per e-prisons’ higher degree is being envisaged, Upadhyay said

In order to fast track parole/furlough/premature release of prisoners, technology-based App for time-bound disposals by all stakeholders (District Magistrates, SP/DCP, Jail Supdts, Prisons Directorate) has been mandated under 5T charter for 2021-22, he added.

All Prison Superintendents have been directed to keep strict vigil against any type of breach of security and drastic action has been initiated against men of adverse integrity/inefficiency. To tackle pandemic in 2020, all jails had taken suitable prophylactic measures which had enhanced prisoners satisfaction. New introduction of sanitation-related machinery was done in jails for first time in 2020-21 like sanitary napkin incinerators, fogging machine, Bush cutter, washing machines etc.

All Prison Superintendents have been geared up to their dual responsibilities of prison management as well as reforms of prisoners by providing them suitable vocational training, spiritual inputs so that they are mainstreamed to society as good citizens after release. Existing micro/small scale industries like manufacturing of handloom products, blankets, durry/asans, pisciculture, agricultural farming, dairy, smith units etc are being broad-based by the introduction of new food processing units such as atta, besan, turmeric powder, parched rice (mudhi), mustard oil, groundnut/til oil etc; vermicompost and other localised products.

Against modest achievement of turnover of Rs 1.36 Cr in 19-20, prisons have been asked to raise turnover to Rs 5 Cr in 21-22. All Jail Superintendents have been asked to maximise internal production of edible foodstuff like flour atta by June 2021. Jail products of Bhubaneswar, Choudwar, Jaipur have already attracted huge public response which are being sold at stalls in front of these jails. State-level exhibition and sale of all jail products on daily basis has been opened at Darghabazar, Cuttack.

As per the latest release report of INDIA JUSTICE REPORT, ODISHA Prisons are ranked 5th, just below Kerala, Maharashtra, Karnataka, West Bengal, by scoring 5.94 out of 10. Top ranking Kerala has a score of 7.18.

Alert! Rain & Thunderstorm In These Odisha Dists In Next 3-Hrs