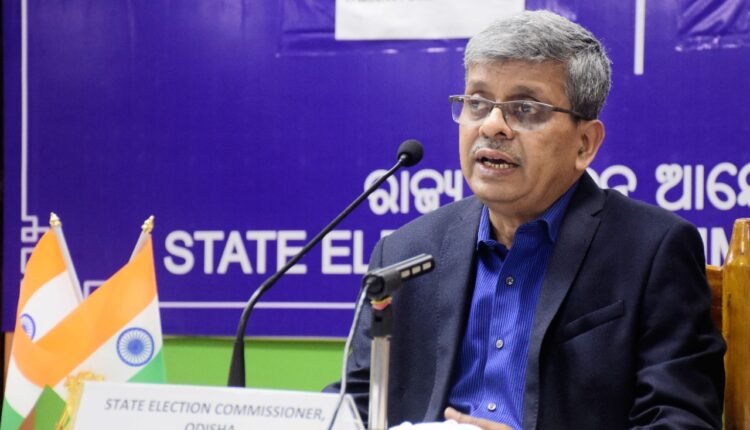 Bhubaneswar: Ahead of the three-tier panchayat elections in Odisha, a meeting of election observers and expenditure observers for various districts has been held under the chairmanship of Aditya Prasad Padhi, State Election Commissioner at Gita Gobinda House Sadan here today.

The State Election Commissioner, Mr Padhi, emphasised the need for a safe, free, fair and impartial election in the prevailing COVID situation. During the election, election observers will closely monitor the situation and report to the SEC on a regular basis.

Observers will monitor the implementation of model conduct of conduct for elections in the districts. In the upcoming elections, counting will take place at the block headquarters instead of at the polling booths. The SEC has advised poll observers and district election officials to work in coordination for the same.

On the other hand, poll expenditure observers have been advised by the Commission to monitor the expenses of candidates and political parties, the vehicles used in elections, and to check the regular expenditure list.

The SEC also asked the observe to immediately report to the commissioner if any candidate spends more than the capped limit.

Poll expenditure observers will coordinate with district election officials and serve as representatives of the commissioner.

The poll observers have been asked neither to take leave without the permission of the Commissioner, nor travel to any other places.

In addition, the poll expenditure observers have been advised to furnisd a detailed report to the commissioner.

It is to be noted that the State Election Commission has appointed 38 election observers and 34 expenditure observers for 30 districts of Odisha for the ensuing elections to the Panchayati Raj Institutions (PRIs).