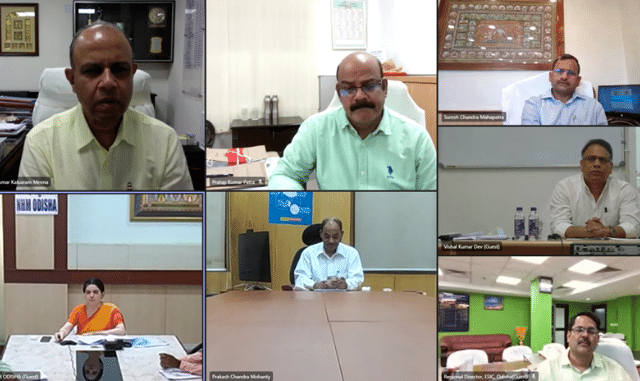 Looking into the progress made so far, Chief Secretary Suresh Mahapatra advised the department to make the system more facilitating and foolproof for genuine patients. Mahapatra said, “Since the scheme has enhanced the access of people to tertiary care in private hospitals, major empanelled hospitals should have help desks for patients under the scheme”. He also directed to expedite disposal of claim cases from private hospitals so that our people would not face any problem for treatment in hospitals outside Odisha. The issues relating to due diligence of the cases for complicated and high-end surgeries were discussed in the meeting. Mahapatra also asked Labour Commissioner to suggest a list of the States having more Odia workers so that steps could be initiated for providing them health care under the scheme in those States.

Presenting the updates, Mission Director National Health Mission and Chief Executive of SHAS Smt Shalini Pandit said that around 96.5 lakh eligible households were identified under the scheme. Till the date around 98% of the identified households were provided smart health cards for cashless treatment in the hospitals. Card distribution was being done on campaign mode for covering all eligible families in a month. The people having cards under national food security and State food security schemes also availed the facility.

Available data showed monthly average of around 40,000 patients took super specialty and tertiary treatment in private hospitals empanelled under the scheme; and Government paid around Rs. 90 cr per month to the hopsitals towards their treatment. In the year 2021-22 a total number of 1.97,355 claims of the private hospitals amounting to Rs.384 cr was settled by Government.

Low Pressure Area Likely Over South Andaman Sea On May 5