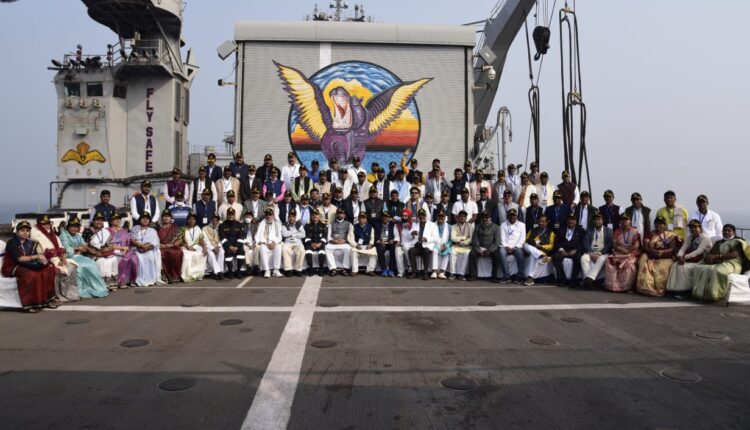 Paradip: About 100 MLAs including Odisha Assembly Speaker S N Patro visited Indian navy warship ‘INS Jalaswa’. They were told about the operations of the Indian Navy like military tactics, rescue methods, food transportation and others, an official said.

The visit came as part of the celebration of the 50th anniversary of the Indian Navy’s victory in the Indo-Pakistan war in 1971. The Indian Navy had invited all the members of Odisha Legislative Assembly including Chief Minister Naveen Patnaik.

Following the visit, Patro thanked the Navy’s Eastern Naval Commander on behalf of the Assembly and the chief minister for giving the opportunity.

Patro also presented a memento made of silver “boat Boit” to the Indian Navy.