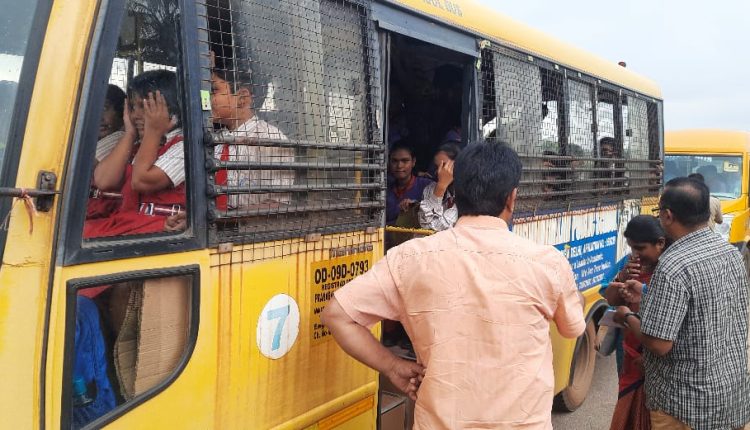 Keonjhar: Two buses engaged in ferrying student of a private school in Anandapur sub-division of Keonjhar district have been seized by the police on orders of School and Mass Education Minister Samir Ranjan Dash.

According to reports, the buses were ferrying more students that the seating capacity today afternoon when the Minister spotted the overloaded vehicle near Talagaon chhak and stopped two buses of Pranaballabha Public School.

While the seating capacity was 28, as many as 35 students were found inside a bus. Following this, the Minister asked the police to seize the vehicle after dropping students at their homes.

Reportedly, the buses have been detained at the Ghasipura police station and the minister also ordered to collect fines from the vehicle owners for violation of the rules.