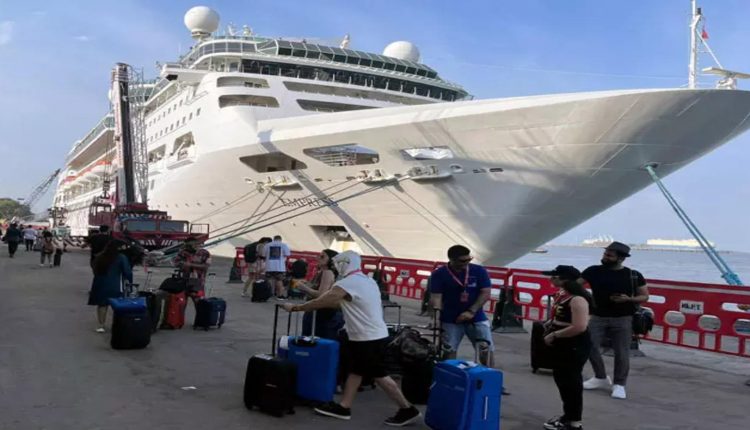 Bhubaneswar: At least 11 persons including one from Odisha have been arrested following a raid on an alleged “rave party” onboard a cruise ship off the coast of Mumbai.

Earlier on Sunday, the NCB had arrested all eight persons who were detained in connection with the Mumbai cruise party raid.

Three accused including Aryan Khan, Arbaz Seth Merchant, and Munmun Dhamecha were remanded to NCB custody by the Esplanade Court in Mumbai.

The NCB officials claimed that a few days ago, they had received information about the rave party that was being organized in the passenger cruise ship which was to leave for Goa on Saturday evening. The NCB personnel accordingly booked tickets and boarded the cruise ship disguised as passengers.

“As soon as the cruise left Mumbai coast and reached mid-sea, few passengers started consuming drugs after which the NCB officials then started their operation and caught them red handed,” said a source.

Cocaine and other synthetics drugs have been found in their possession which were subsequently seized during the raid, said officials

The captain of the ship was instructed to take the cruise to the international cruise terminal at Ballard Pier in south Mumbai.

Zonal director of NCB, Sameer Wankhede and his team took all the detainees along with their luggages to the NCB office in south Mumbai.