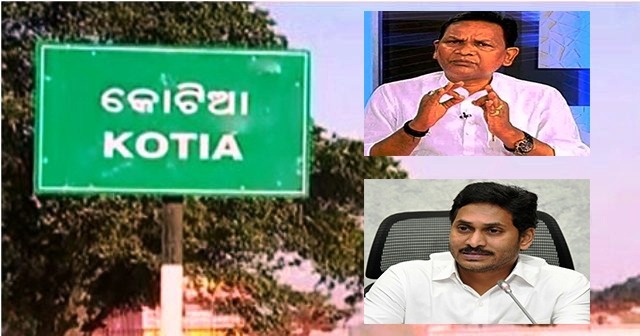 Bhubaneswar: Leader of Opposition (LoP) in Odisha Assembly, Pradipta Naik today urged the Chief Minister of Andhra Pradesh to maintain the status quo ruled by Supreme Court, and respect the spirit of cooperative federalism of the country.

“This is not only against the spirit of the constitution but also against the spirit of the federal structure of the country. The activities of Andhra Government are going against the spirit of the Supreme Court ruling on 1968 to maintain the status quo. It is a grave constitutional crisis. Andhra Pradesh has violated this status quo order, which was passed on the basis of consent of both states. The most discussed is the Kotia dispute. But practically, there is no dispute. Andhra Pradesh Government is demanding these areas as of Andhra’s which is baseless demand. Kotia Gram Panchayat has always been a part of the history of Odisha. Prior to 1. April 1936 the villages of Panchayat were a part of Jeypore Estate. To create a separate province on linguistic basis the Government of India issued an order namely (CONSTITUTION OF ORISSA) ORDER, 1936, which was published in The Gazette of India, on 19th March 1936, vide No. F. 20/35 G(B). It was clearly mentioned in the FIRST SCHEDULE, Part-I, Sl. No. 2(iv) that the areas of new Province of Odisha shall comprise of ”   the Jeypore (Impartible) Estate  ” So In the year 1942, in the joint survey of Odisha, Bihar and Madhya Pradesh seven villages of Kotia Gram Panchayat namely Turia, Barabandha, Talakanti, Gumelpadara, Mathalamba, Suliamari, and Katraguda under Patangi Block were recorded as the revenue villages & revenue was collected accordingly by the Government of Odisha,” read the letter by LoP Pradipta Naik.

Naik further questioned that as per this notification of the Government of India, it is clear that these villages belong to Odisha. These villages were part of Kotia Gramapanchayat, Pottangi Block, Koraput District since independence. How can your Govt claims some villages of a Panchayat as their land? Thus, the allegation is that Andhra Pradesh has taken over some villages under Kotia grama panchayats belonging to Odisha and have renamed them and added them to AP by violating the status quo order of the Supreme Court. This shows the complete expansionist mindset of your state government.

“Please look into this. Andhra & Odisha has a very strong cultural relationship since thousand of years. We should carry forward our relationship not fighting for the lands. So, I request you again to instruct those above 3 District Administrations to obey the Supreme Court ruling and also respect the spirit of the cooperative federal structure of the nation, Naik concluded.