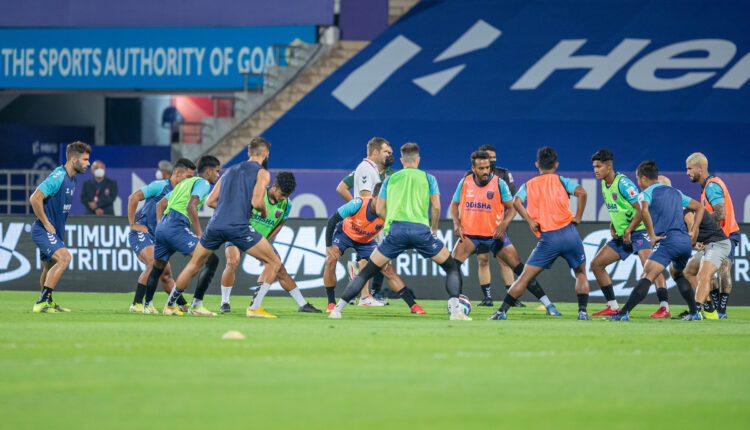 Goa: A comeback that should revitalise the dropping shoulders, SC East Bengal would look to continue their fight and bag a win when they take on Odisha FC in the 2021-22 Hero Indian Super League at the Tilak Maidan Stadium on Monday.

The red and golds conceded two early goals against Chennaiyin FC in their last engagement, but showed grit to comeback riding a last-ditch equaliser from 18-year old Lalrinliana Hnamte after a superb free-kick from Darren Sidoel had brought them back in the game.

The result helped them move to 10th spot in the table with 10 points from 15 games. More importantly, it was a fighting performance especially in the second half where the team showed spirit of the highest order, something that was missing in the previous games.

“In the dugout at half-time in the Chennaiyan FC match, I asked the players to be braver. I asked them to play freely and they delivered,” said head coach Mario Rivera who has one win and a draw apart from the two losses in his four matches in charge since he took over from Renedy Singh.

“The performance against Chennaiyan FC in the second half was one of our best. It will be right up the list along with the first half of the 2nd leg of Kolkata Derby,” he added.

Dutch midfielder Sidoel has looked good for SC East Bengal, scoring three goals in nine appearances this season,
including two goals in his last two appearances. Besides, the defensive midfielder played as part of a back three in the last game and controlled the defence for the Kolkata side underlining his versatility across the pitch.

Rivera dropped a back three with two wing-backs after leaking two goals in the first half and it remains to be seen whether the Spaniard goes with the same strategy in the Odisha game as well.

For Odisha, they have not won a game in the last three matches and coach Kino Garcia will hope they get back to winning ways to keep their semifinal hopes alive. Odisha are seated eighth at the table with 18 points from 14 outings.

“There are still a lot of points to play for and we certainly have our chances. We are only focused on winning the match tomorrow,” Garcia said ahead of the clash.

“SC East Bengal has improved a lot after changing their manager. They are more solid and compact,” he further remarked.