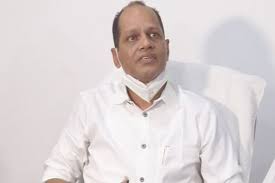 This is the first corruption allegation referred by the Government of Odisha to Lokayukta after its creation.

“The Government led by Chief Minister Naveen Patnaik is known for its strong action against corruption and committed to provide a transparent administration to the people of the state,” said a statement issued by the Chief Minister’s Office (CMO)

It is worth mentioning that Pradeep Panigrahi was arrested for his alleged complicity in the job fraud charges levelled against Akash Pathak, the son of suspended IFS officer Abhay Kant Pathak.

A release issued by the crime branch said that Panigrahi had collected money on behalf of one Akash Kumar Pathak by making false promise of providing jobs to people in a Tata company. The Enforcement Directorate (ED) has also decided to question Panigrahi on his accumulation of properties.