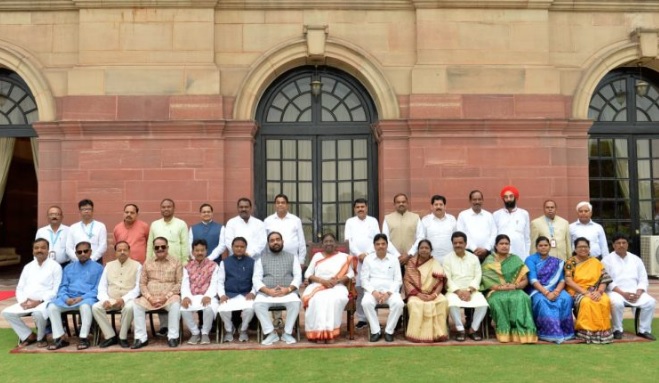 Bhubaneswar: A delegation of Odisha Legislative Assembly, led by Speaker Bikram Keshari Arukha met President Droupadi Murmu at Rashtrapati Bhawan in New Delhi today and congratulated her for the highest constitutional post in the country.

During the meeting, the legislators presented a picture of Lord Jagannath, and other souvenirs to the President.