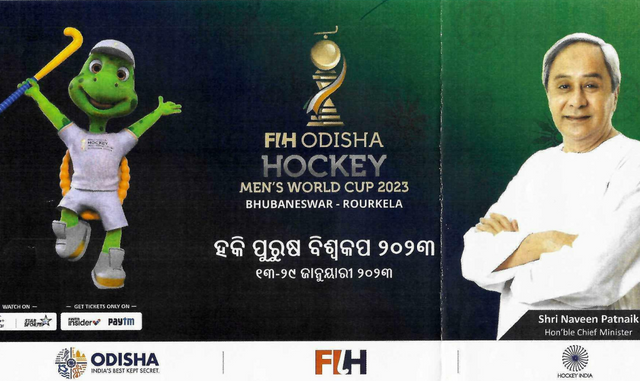 Bhubaneswar: The Odisha School Education Programme Authority  (OSEPA) has issued a Standard Operating Procedure (SOP) for the preparation of plan for organising Annual Sports Activities at the School Level on the eve of FIH Odisha Men’s Hockey World Cup 2023.

Anupam Saha, IAS,  State Project Director, OSEPA, has intimated all District Education Officer-Cum-DPCs, SS, in this regard through a letter along with the SOP.

The FIH Odisha Men’s Hockey World Cup will be held at Bhubaneswar & Rourkela from 13th to 29th January 2023.

In order to popularise Hockey and to commemorate the FIH Odisha Men’s Hockey World cup-2023, Annual Sports Activities will be taken up at school/Block/ District level in all the Districts with the theme of “Hockey World Cup: promoting Hockey sports among school children”.

The Standard Operating Procedure on organisation of Annual Sports Activities at School/Block/District level is to be followed towards timely completion of sports events and promotion of Hockey World cup among school children and general public, the letter read.

Following is the SOP: 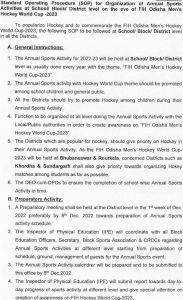 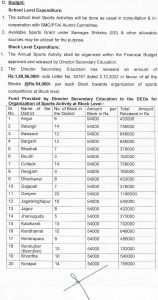 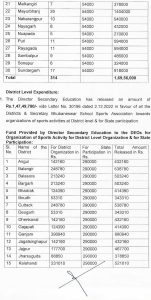 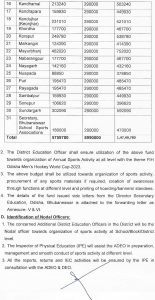 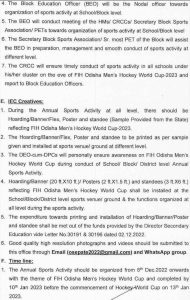 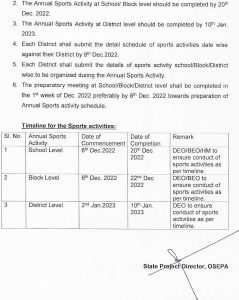 Padampur By-Poll: Counting Of Votes To Start At 8 AM, All Arrangements In Place, Says Odisha CEO