Chief Minister Naveen Patnaik along with the Indian Ambassador to UAE Sunjay Sudhir graced the occasion and shared his thoughts on Odisha as India’s emerging investment destination. 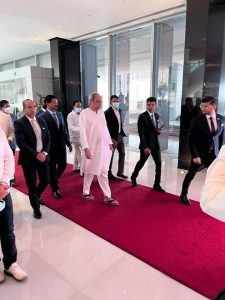 As per reports, Naveen Patnaik met business leaders from UAE & MENA region and where investment opportunities in the western Indian state were highlighted. Reportedly, over 150 companies based out of the UAE and MENA region attended the event.

Patnaik appraised in the meeting that Odisha has secured investments to the tune of USD 50 billion over the last two years and is attracting foreign direct investment in sectors such as metals, chemicals, petrochemicals, textiles, food processing, logistics and clean energy.

Highlighting the vast mineral reserves of the state, the Chief Minister said that Odisha holds the lion’s share of India’s mineral reserves with 96 per cent of the country’s chromite reserves, 92 per cent nickel, 53 per cent bauxite, 45 per cent manganese, 35 per cent iron-ore, and 23 per cent coal reserves.

He added that Odisha also has 11 per cent of India’s water resources and has a 480-km long coastline making it a natural choice for setting up ports to boost international trade.

Further highlighting Odisha’s investment in technical and professional institutes, Patnaik stated that of the Top 100 Industrial Training Institutes in India, 11 are in Odisha only. He added that the World Skill Centre, established by the Odisha Government in Bhubaneswar with the assistance of the Asian Development Bank (ADB) and the Institute of Technical Education Services (ITEES), Singapore, will be making the Odia workforce ready for modern and new age industries. 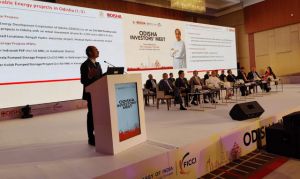 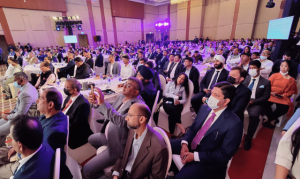 On June 29th, the Chief Minister of Odisha will meet with the Odia diaspora in Dubai. During the interaction, he will discuss the vast socioeconomic development efforts that are converting the once agrarian economy into a thriving industrial one.

Notably, Odisha will be holding the third edition of its flagship Global Investors Meet – Make In Odisha 2022 – from Nov 30-Dec 4, 2022, in the state’s capital, Bhubaneswar.