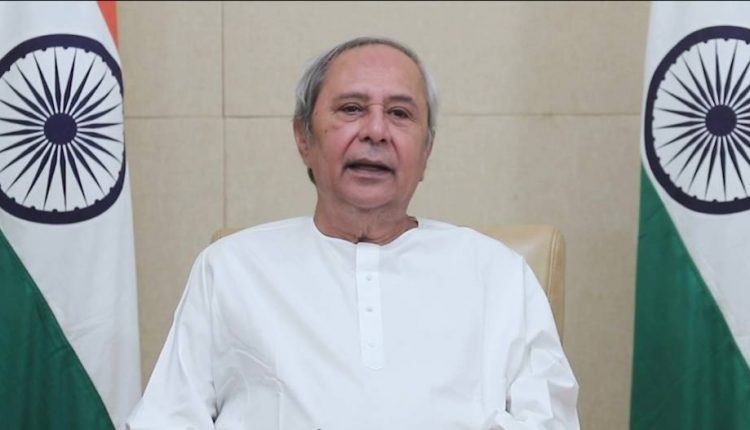 Odisha has always focused on the wellbeing of all its citizens: Naveen

Bhubaneswar: Odisha has always focused on the wellbeing of all its citizens, said Chief Minister Naveen Patnaik during the launch of Swachh Bharat Mission-Urban (SBM-U) 2.0 and Atal Mission for Rejuvenation and Urban Transformation (AMRUT) 2.0 on Friday.

Addressing the Prime Minister, Union Ministers, and the Ministers of Urban Development from various states, the Odisha CM said, “Our Government gives top priority for Providing Safe & Clean Tap Water supply to all the Households in all cities in the state & Achieving Garbage free Clean cities in a time-bound manner.”

“Odisha implemented the AMRUT Mission launched in 2015 by Union Government. This has brought substantial improvements in the urban water supply sector and septage management across 9 major towns of Odisha. Water supply and Septage Projects with an investment of about Rs1,600 Crore have been implemented. With the successful implementation of the Projects and Urban Reform measures under AMRUT,  Odisha has been securing 1st Position in the Country consecutively for the last 3 years,” Naveen said.

The Odisha Chief Minister said that to ensure tap water supply to all households in all the 114 cities over and above AMRUT Mission coverage, the state has come up with its own initiative BASUDHA.

“I am glad to share that so far 27 cities out of 114 cities achieved 100 percent House connections including Bhubaneswar City which has become the 1st and only Million Plus City so far to achieve this status. We have targeted to achieve 100 percent house connections in all our cities by December 2022. In this ambitious journey, Jal Sathis who are the Mission Sakthi members,  are our community partners in managing the water supply distribution and consumer relationship,” said Patnaik.

“Taking provision of drinking water to next level, Odisha has started its Drink from Tap mission under its 5T initiative,” CM Naveen Patnaik said adding that “under this Mission 24×7 water supply of Directly drinkable from tap, meeting IS 10500 quality standards is being provided to all households of Jagannatha Dham PURI.”

“Puri city has become the 1st city in the country to achieve this unique distinction of joining the league of international cities like London, Newyork, Singapore & Tokyo. This will reduce 400 tons of plastic waste annually in the pilgrim city of PURI. This transformative initiative is being expanded to 17 more cities including Bhubaneswar, Cuttack, Berhampur, and Rourkela,” added the Odisha CM.

“Under Fecal sludge management, 9 cities were supported under AMRUT Mission including Puri city where we have set up Co-treatment facility converging Sewage and Septage treatment process which is unique and has been acknowledged as a National best practice. The FSM program is extended to all the cities in the state apart from the AMRUT cities and I am happy to share that presently 55 Treatment facilities are functioning and are fully managed by our Mission Sakthi Women Self Help Groups. Partnering with women self-help groups have given a quality filip in addition to providing huge livelihood options for women in these urban areas. We have kept an ambitious target to achieve 100 percent fecal sludge facilities in all 114 cities by March 2022,” said Naveen.

The Odisha Chief Minister also expressed happiness that the Union Government is launching AMRUT 2.0 and SBM 2.0.”Odisha will partner with the central government in the successful implementation of these Flagship Missions and work towards improving the livability standards for our urban population. I thank the Hon’ble PM for giving me this opportunity to share our experiences. Jai Hind,” concluded Naveen