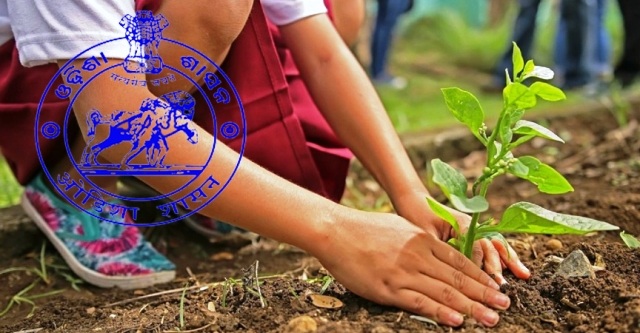 Bhubaneswar: The Odisha Government has decided to take up a massive plantation drive in all schools across the state on campaign mode, as part of ‘Van Mahotsav’ scheduled to be held from 1st July to 7th July, 2021.

The decision was taken at a review meeting on plantation drive held under the Chairmanship of Chief Secretary Suresh Chandra Mohapatra recently.

As the Odisha School & Mass Education (S&ME) Department has majority presence in the State, the district authorities have been asked to take up certain actions, so that all the schools can have ‘Green Coverage’ within a stipulated period.

Principal Secretary to Government Mr. Satyabrata Sahu, has written to all Collectors & District Magistrates regarding the plantation drive on campaign mode in all Educational Institutions under S & ME Dept across the State.

Following are the actions to be taken up during the plantation drive:

The District Collectors/DMs have been further requested to review this matter in the monthly DEOs/ BEOs Meeting or any Meeting held at District level on Plantation and DEOs should attend such meeting.