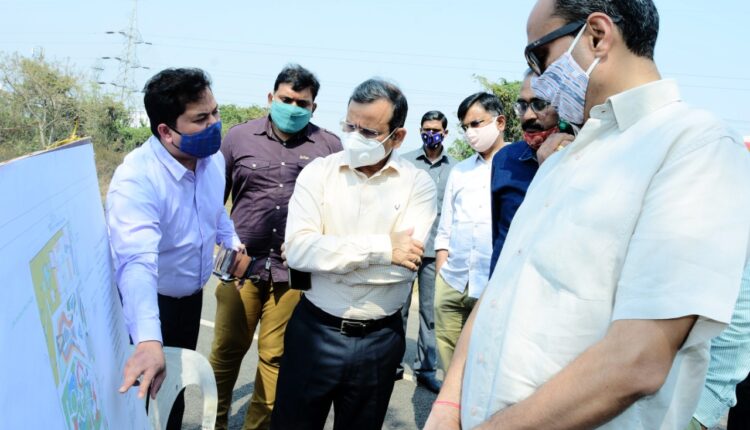 Bhubaneswar: In another step towards employment generation through creative entertainment industry, the Odisha Government has decided to establish a modern state of the art film hub in the legendary Kalinga Studio. This was decided in a high level meeting held under Chairmanship of Chief Secretary Suresh Chandra Mohapatra in Lokseba Bhawan conference hall today wherein Industries Dept Principal Secretary Hemant Kumar Sharma presented the redevelopment plan for deliberation.

Considering the business prospects of Kalinga Studio in film industry, Chief Secretary SC Mohapatra directed to develop it as a “modern state of the art futuristic studio with competitive business models”. Mohapatra also directed to “make the unit employment-intensive” “Developing it as a tourism and social destination as well”, added, Mohapatra “will enrich it with cultural vibrancy and will also fetch additional revenue”. 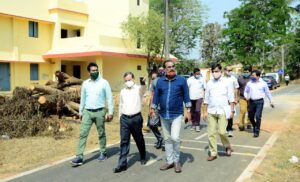 Further, the Chief Secretary directed to operate the unit with “functional outsourcing models”.
It may be pertinent to mention here that Chief Secretary, after a recent visit to Kalinga Studio
for situational review had directed the department to come up with a redevelopment plan.

Development Commissioner Pardeep Kumar
Jena asked the department to work out the
details of the investment, employment potential and revenue generation timeframe for making
the unit rewarding and sustainable in the competitive world of fast-changing technology.

Outlining the redevelopment proposal, Principal Secretary Hemant Sharma said, “Presently Kalinga studio stands almost in heart of the capital city over an area of around 26 acres. With its nostalgic heritage and profit-making track it can be developed to a modern film centre with promising future prospects”. He added, “Presently Kalinga studio has one recording lab, editing lab, Prasad lab, indoor shooting space, garden, temple and some cottages. With minor repair and renovations done in the year 2014-15, the Studio is able to generate revenue of around four lakh rupees per month since September 2020. Sri Sharma presented a redevelopment plan estimated at around Rs.200 cr. 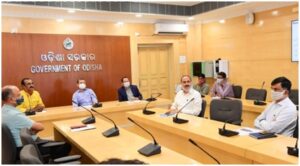 Participating in the discussions, Secretary Skill Development and Technical Education Sanjay Kumar Singh said, “The pass outs from Biju Pattnaik Film and Television Institute of Odisha, presently working in different states have earned good name in creative art industry. The availability of well trained skilled manpower in the State is another opportunity for growth of the proposed modern centre”.

The estimated plan of around Rs.200 cr was approved in the meeting. It was decided that the new studio would be developed with three main zones. IDCO would be the executing agency for redevelopment. Zone-1 would have the facilities like indoor shooting floors, shooting facades, central country yard, film tech zone, commercial space and cafeteria. Zone-2 would have outdoor shooting facilitates, shooting locales, theme-based shooting gardens, kids zones, castle view, snow world and adventure land. Zone-3 would have food court boarding and lodging facilities for the film crew, space for social and wedding destination etc.  Principal Secretary Sri Sharma appraised, “In course of its redevelopment some old structures and existing facilities would be retained for maintaining its legacy”.

The Chief Secretary directed the department to go ahead with tendering process for completing the base level earthwork before the monsoon. Target was set to complete the construction and landscaping of the core support area by December, 2022.