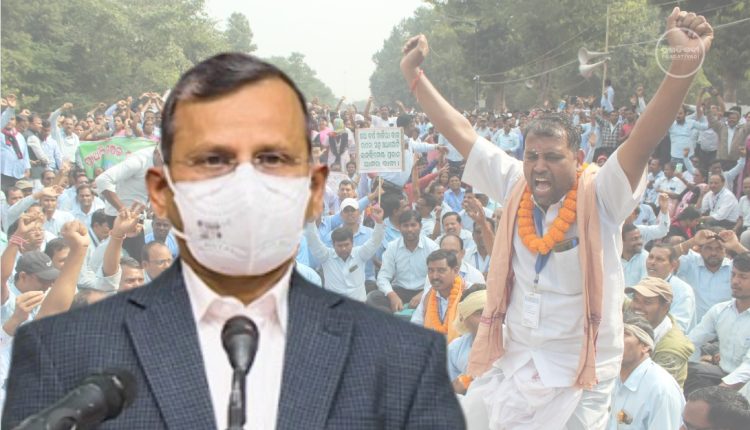 Bhubaneswar: The Odisha Government on Wednesday constituted a four-member Committee to address the grievances of the agitating primary school teachers.

The decision comes after the teachers’ agitation issue rocked the Odisha Assembly and taking note of the concerns of opposition members, Speaker Bikram Keshari Arukh ruled and directed the government to give special attention to the demands of the protesting teachers.

Chief Secretary Suresh Chandra Mahapatra said that the Committee will meet the representatives of the United Primary Teachers Association between the 16th to 20th of December 2022 to discuss their demands which include the regularisation of jobs, resumption of the old pension system and salary hikes.

Mahapatra further informed that the School & Mass Education Department, as the nodal department, will process the file for holding the meeting in this regard with all relevant information.