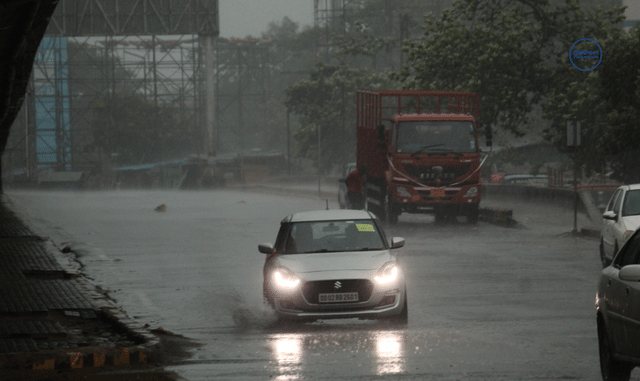 Bhubaneswar: In view of public safety during the Monsoon 2022, the Housing and Urban Development Department of the Odisha Government on Tuesday directed the authorities of all urban areas in the state to conduct field verification to ensure accident-free roads and covered drains.

Principal Secretary of the H&UD Department, G. Mathi Vathanan, in a letter to the Commissioners of Municipal Corporations and Executive Officers of all Municipalities and NACs, stated that instructions have been issued time and again to take up desilting of the drains regularly by the respective Road & Drain agencies to ensure free flow of stormwater during the rainy season.

It is also important to replace/repair the drain covers or inspection chambers on the roads /drains properly to avoid accidents. It is seen that during or after desilting or maintenance work, the openings are not covered properly leading to accidents when the place is flooded during heavy rains. There were incidences of accidents with a few fatalities in the past evoking a strong public reaction, causing adverse media reports and also bringing a bad name for the Government. They also result in cases in the Human Rights Commission and Courts.

Now that the monsoon has already hit the state, it is time for the administration to get into the enforcement mode to ensure that instructions issued in this regard are fully complied with by the respective agencies/ officials. It is seen that several agencies such as ULBs, Works Department, Water resources department, IDCO, NHAI, etc., have their roads and drains and are responsible for complying with the above instructions to ensure that their roads and drains do not become death traps during urban flooding in the monsoon times. Hence it is the responsibility of the ULB with the elected Mayor/ Chairperson at the helm of affairs to enforce the instructions of the Government issued in the public interest.

You are therefore requested to issue instructions to all the subordinate agencies/officials in charge of maintenance of the roads and drains to get the roads and drains once again verified through field inspection and thereafter to take up periodical inspection on regular basis and furnish certificate to the effect that “all the roads & drains under their respective jurisdiction and administrative control have been physically inspected and it is hereby certified that all the openings and inspection chambers are properly closed and all unsafe spots are properly guarded and safety sign boards are erected and there is no more unsafe spots endangering public safety”, reads the letter.

“Such certificates may be obtained from all the field officials countersigned by their supervising officers from all the relevant agencies/departments and they may be shared with the ward committee which are headed by the respective corporators/councillors with ward officer and other members including Mission Sakthi groups/federations from the respective ward areas for cross verification from the field and corrective follow up actions by the ULBs to ensure that public roads and drains remain safe always,” it added.

“To ensure timely intervention in this matter, it is decided that the certificates from all the agencies/department officers may be obtained before 30th June 2022, and the compiled certificates pertaining to the wards are sent to the ward committees before 1st July 2022. Compliance to this instruction of the Department shall be sent by 10th July 2022 without fail,” the letter further read.