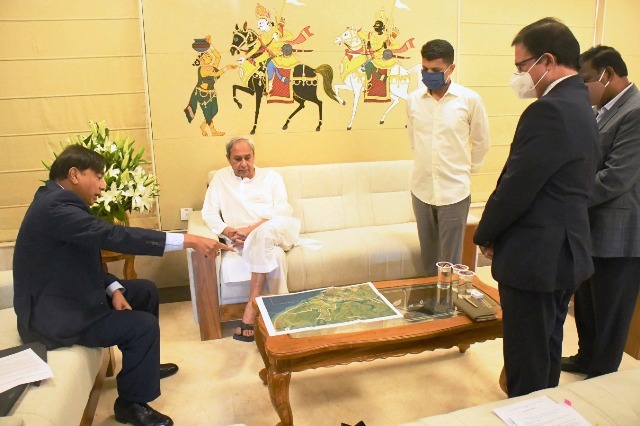 Bhubaneswar: Giving major boost to Invest In Odisha, the State Government on Thursday signed a Memorandum of Understanding (MoU) with ArcelorMittal Nippon Steel India Ltd to set up a 12 million ton integrated steel plant in Kendrapara district with an investment of Rs 50,000 crore.

The MoU for the mega project was signed in presence of Chief Minister Naveen Patnaik and Lakshmi Niwas Mittal here at Loka Seva Bhawan.

Earlier today, ArcelorMittal group chairman Lakshmi Niwas Mittal spoke to Patnaik at Naveen Nivas on the matter of investment in Odisha and his projects to be based in the state.

Giving major boost to #InvestInOdisha, #Odisha Govt. has signed an MoU with @AMNSIndia for a 12 million ton integrated steel plant in Kendrapara district with an investment of ₹50,000 Cr. pic.twitter.com/OZn3O6XVbO