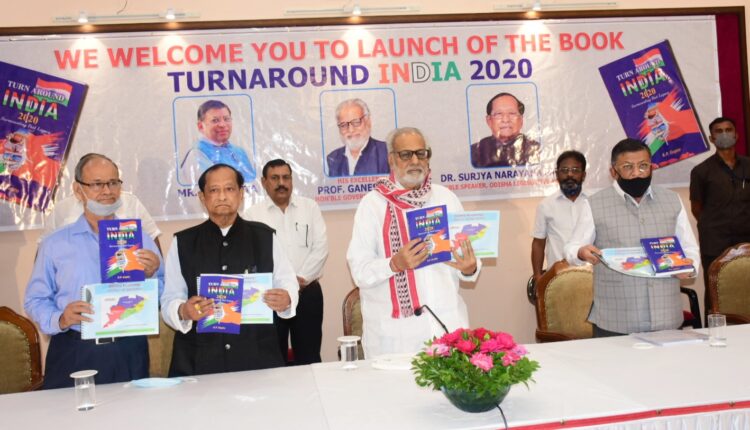 The book narrates a realistic and possible option for reviving Indian economy for creating new jobs and enlarging public income and also, the structural reforms such as fiscal and monetary stimuli for overcoming economic crisis arising due to pandemic as India has become the fastest-growing major economy in the world.

Speaking on the occasion, Odisha Governor Ganeshi Lal, said: “I congratulate Mr. Gupta on the launch of this wonderful book on Indian Economy and said India can achieve the double-digit growth as it has a high savings rate and a huge young population, adding that the economy needs to be retuned. He will not pass his judgement on the book as it is for the readers to decide but praised its logical writing”.

Speaking on occasion, author Mr. Gupta says that India is already on a “reform mode;” But it requires an aggressive push by surmounting past legacy of Colonial laws and the Soviet Union model of the economy, which was adopted post-independence. and suggested pushing the investment rate to about 38-40% of GDP through regulatory easements and boosting exports @15-20% every year by reducing the cost of basic inputs such as, Capital, Energy, Logistics, Minerals and labour

He also presented a paper on “Odisha Economy, Challenges and Barriers. In which, he says that; SGDP growth target for Odisha should be kept 3.5-4% higher than the national growth. So that; per capita income of Odisha becomes equal to national average in next five years. For this, he argued that; credit deposit ratio must be at par with national average. Rather it should exceed national average considering low credit/GSDP ratio.

While appreciating fiscal prudence and transparency in budget, he recommends for fiscal expansion for boosting infrastructure within state. He opines that; quick results shall come by focussing on mineral-based industries besides tourism, health and education sector.

Youth shot at over ‘past enmity’ in Berhampur

It should be our endeavour that Forest Dwellers remain integral part of modern development: President