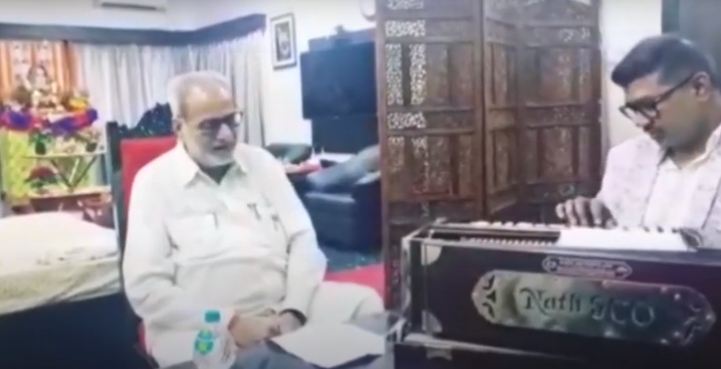 Recording the state anthem at Milan Studio in Cuttack, in a new style, Prof Lal expressed his happiness on Monday. The song will be released on the occasion of Utkal Divas.

Popular female singer Deeptirekha also lent her voice to the song. Music for the song has been composed by music director Prem Anand.

While the song was recorded at Milan Studio, the video part will be very soon shot at the Raj Bhawan in Puri.

This is the second instance of Prof Lal lending his voice for recording an Odia song. Earlier, he had lent his voice for the Odia song ‘Mati Odisha, Jati Odisha’ which had become very popular.