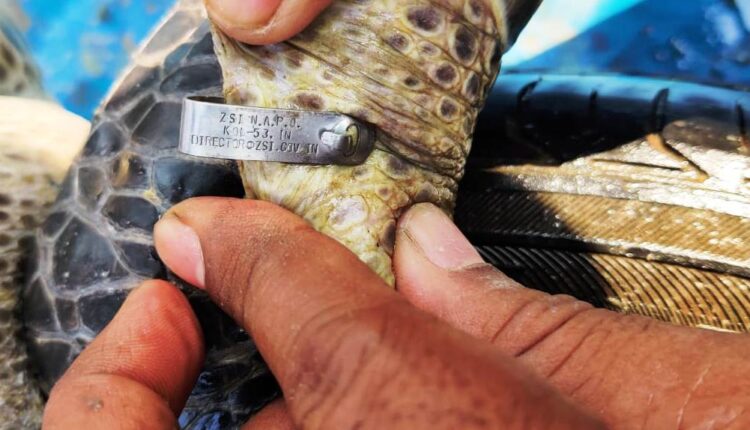 The tagging will enable researchers to conduct more studies on the elusive sea creatures. This is being done by the government after a gap of 25 years. The last such drive was reportedly held in 1994/96. Nearly 8000 turtles were tagged at that time.

The decision in this regard was taken by a high-power committee under the chairmanship of the Odisha Chief Secretary. Berhampur DFO Amlan Nayak, Dr Basuldev Tripathy, ZSI Scientist Dr Anil Mohapatra have been entrusted with the responsibility of tagging the turtles.

The mating season of the Olive Ridleys has begun since November and they will lay eggs in the coming weeks. Lakhs of turtles have arrived in Rushikulya mouth and they are now on the floating state.