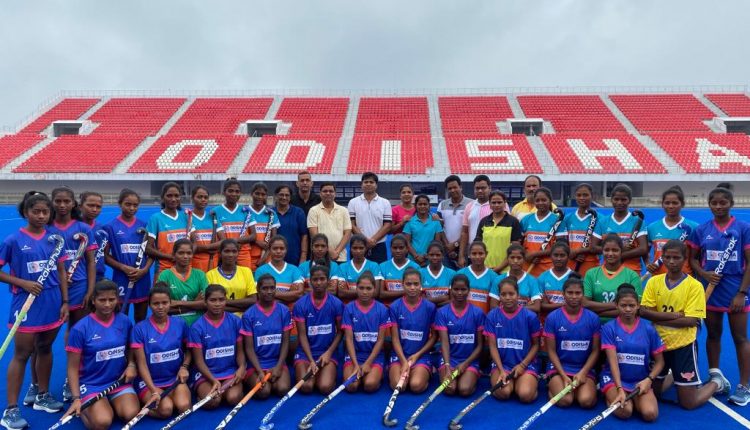 The 18-member teams are fully ready for the respective events, said Dilip Tirkey, Chairman of the Adhoc Committee of Odisha Hockey.

Paolina Surin has been appointed as the manager of the senior women’s team while Lajrus Barla will be the coach. For the junior team, Sushama Nanda and Kalucharan Choudhary have been appointed as manager and coach respectively.

On Sunday, Tirkey and Joint Secretary of Sports Department Shailendra Kumar Jena gave away the jersey and other materials to the players who have been practicing for the National event over the past two weeks at the Kalinga Stadium.

Father-Son Duo Swept Away By Nagabali River In Rayagada