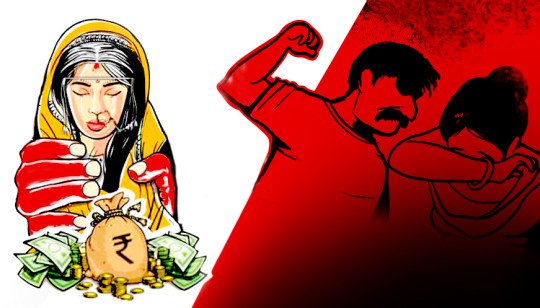 Berhampur: A married woman here has levelled allegations of harassment and torture for dowry against her in-laws and her husband who happens to be a doctor.

According to reports, the woman was locked in a room on the top floor of their house by her in-laws after she sat on dharna in front of her in-laws’ house yesterday.

Sources said Nibedita Sahu was married to Dr Shanti Bhushan Pathi on February 2, 2015. However, 15 days after marriage, her in-laws started torturing for dowry and used to harass over petty issues.

Nibedita’s husband is a doctor, her father–in-law is a banker and her mother-in-law is a teacher. However, they have been allegedly torturing her both mentally and physically demanding more dowry from her parents.

She has also lodged complaints with the police and the women’s commission but in vain, sources said.

With no options left, on International Women’s Day yesterday, Nivedita sat on dharna in front of her in-laws’ house opposing the inhuman act of her doctor husband and highly-educated in-laws. But, she was confined in a room upstairs and left to starve for the whole night. She was released only when her parents arrived.

Though Nivedita’s father reacted sharply on the issue, her in-laws could not be reached for comment.

Srimad Bhagavadgita is a source of inspiration to all: PM Modi

Maitri Setu will give an impetus to economic opportunity in Bangladesh also: PM Modi