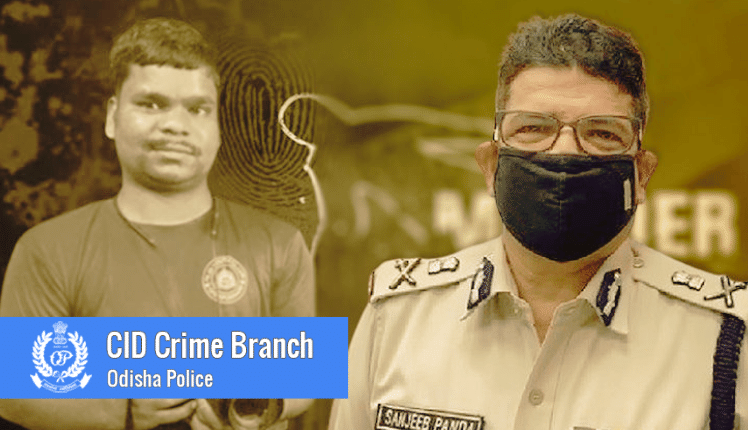 Bhubaneswar: The investigation of the sensational murder case of cameraman Manas Swain has been handed over to the Odisha Crime Branch on Wednesday.

Confirming the media persons the same, Crime Branch ADG Sanjeev Panda said that the murder case probe has been handed over to the Crime Branch in the direction of the Director-General of Police (DGP).

“Two teams have been constituted to investigate the matter. While one team to probe all the related events inside the state, another team to look into links outside the state,” DGP Panda said.

Police today said that it has recovered the car used by Sharmistha from Sky Tower apartment under Airfield Police limits in Bhubaneswar.

“Manas was abducted in Sarmistha’s car & after his murder his body was taken to Nayagarh in the same car. The motto outpost in charge says Sarmistha was driving the car when Manas was kidnapped. Her phone is switched off, efforts on to trace her,” the police said.

Meanwhile, the security guard of the apartment stated that the accused Retd OIS officer Niranjan Sethi used to visit web channel owner Sarmistha’s house at her SKY Tower apartment frequently, almost thrice a week. He also added that Sarmistha had introduced Niranjan as chairman of her organization.

Spice Up Your Evening With Crispy Chicken Cheese Shots