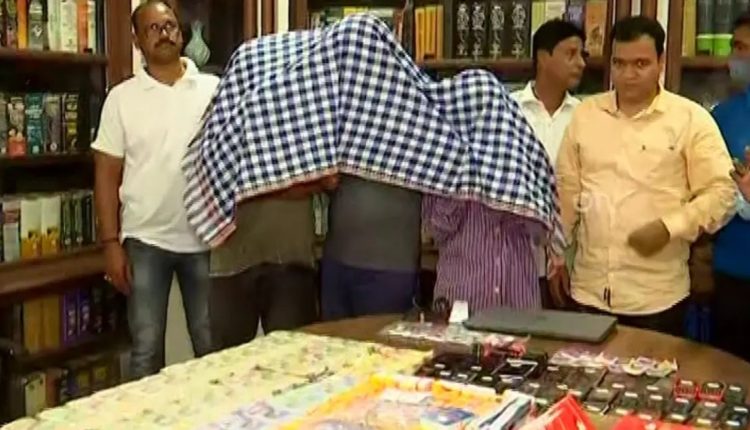 Cuttack: The Odisha Crime Branch on Sunday arrested three persons, including the mastermind of a major gang that was selling pre-activated SIM cards used by fraudsters to commit cybercrimes.

As many as 19,641 pre-activated SIM cards, 48 mobile phones, and Rs 14.32 lakh in cash, documents, and other incriminating materials were seized from the possession of the accused.

The accused have been identified as Sai Prakash Das, Avinash Nayak, and Dushmanta Sahu of Nadiali village in the Dhenkanal district.

Speaking to media persons, Crime Branch ADG, Sanjeeb Panda said that Dushmanta is the mastermind and he used to receive pre-activated SIM cards from Das and Nayak.

“The accused Dushmant received the pre-activated SIMs of different service providers like BSNL, JIO, Vodafone, Airtel from the two other accused. He then used to share those pre-activated SIM numbers among the group “Buyer Seller of OTP” group and received Rs. 400 per SIM and OTP,” he said.

A detailed financial investigation will be conducted as it is suspected that the gang had link with cyber fraudsters in other parts of the country.

Spy Balloon Over US Sky Mainly Used For ‘Meteorological…