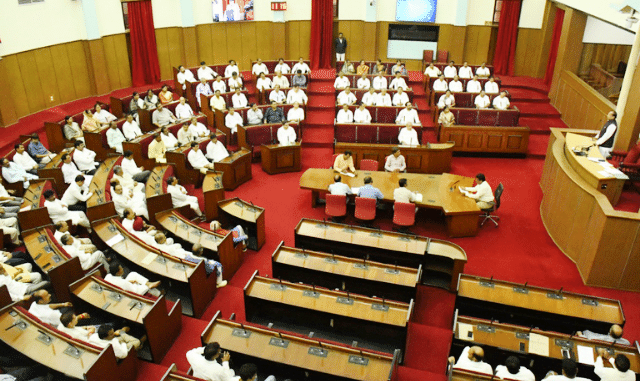 Bhubaneswar: An eight-member House Committee of the Odisha Assembly has been formed for inspection of Puri Srimandir heritage corridor project after approval from the Speaker during the budget session on Thursday.

As per decision, the eight-member House Committee has been formed under the chairmanship of State Assembly Speaker Surjya Narayan Patro to study the peripheral development works being carried out around the Shree Jagannath Temple.

The decision came after the opposition BJP and Congress targeted the state government raising the issue of safety of the Srimandir due to peripheral development work around the temple and demanding the constitution of an apex committee to inspect the work. They had claimed that due to continuous vibration created from digging big holes around the temple with earthmovers have developed cracks in the walls of the Shree Jagannath Temple.

On Tuesday, Parliamentary Affairs Minister Bikram Keshari Arukh has stated in the Odisha Assembly that the state government as ready to constitute a House Committee to inspect the works of the Shree Jagannath Temple Heritage Corridor project in Puri. The Minister had assured that the peripheral development work around the 12th Century shrine will not cause any damage to the temple’s structure.