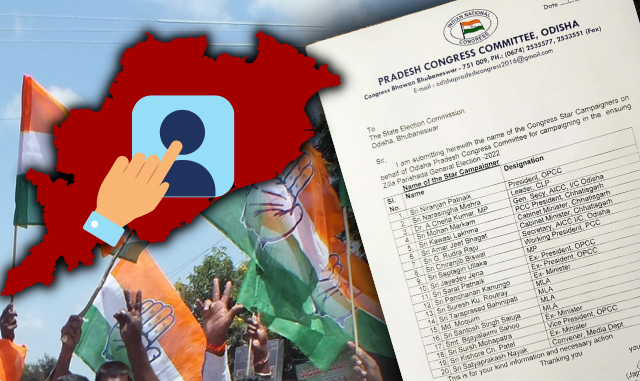 Bhubaneswar: The Odisha Congress on Tuesday announced the names of its star campaigners ahead of the Panchayat elections in the state.

The names of Chhattisgarh Congress leaders figured in the list of 20 star campaigners and was submitted by the party to the State Election Commissioner, Odisha, a party release said.

OPCC president Niranjan Patnaik, senior leader Narasingha Mishra and Odisha in charge A Chella Kumar are also among the star campaigners for the Congress. 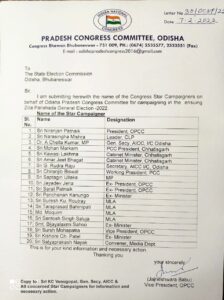