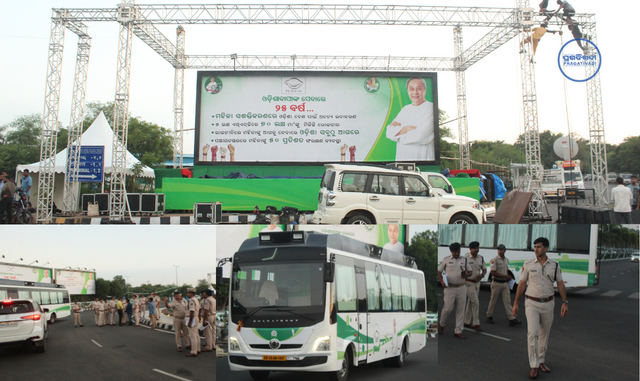 Bhubaneswar: Chief Minister Naveen Patnaik, who received the prestigious Capital Foundation Life Time Achievement Award in New Delhi, will be getting a grand welcome on his arrival at Bhubaneswar airport on Tuesday and the Commissionerate Police has made elaborate arrangements for the same.

As the Twin City police expect over 50,000 supporters will be gathering at the Biju Patnaik International Airport to welcome the Odisha CM tomorrow,  about 32 platoons of police forces including more than 150 police officers will be deployed in the state capital for smooth management of traffic and maintaining law and order.

On the other hand, Commissionerate Police and BPI Airport authorities have advised the passengers to reach the airport 3 hours before their scheduled time.

According to the information received from police sources, the Chief Minister will be arriving at the Bhubaneswar airport from Delhi at around 11:30 a.m tomorrow. Following his arrival, the BJD party members will accord a rousing welcome and a rally will be held till Naveen Niwas. 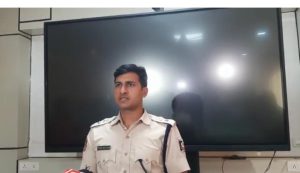 DCP Singh said, “To welcome Chief Minister Naveen Patnaik, a crowd of more than 50,000 supporters will gather at the Biju Patnaik International Airport on Tuesday.” The crowd will continue from 8 am to 1 pm. However, passengers are requested to reach the airport 3 hours before their flight time.”

In addition, in view of the huge gathering in Bhubaneswar, 7 Additional DCPs, 16 ACPs, 23 inspectors, 93 SIs and ASIs, 13 women constables, 120 home guards, traffic ACP and DCPs and 32 platoon forces have been deputed for security and traffic management.

DCP Singh further said that barricades will be put in different places of Bhubaneswar and police personnel will be deployed in sensitive places.

On Monday, DCP Singh visited various places including the airport and inspected the security arrangements.

SAFF U-17 Championship: India Sail Past Bhutan In Opening Match