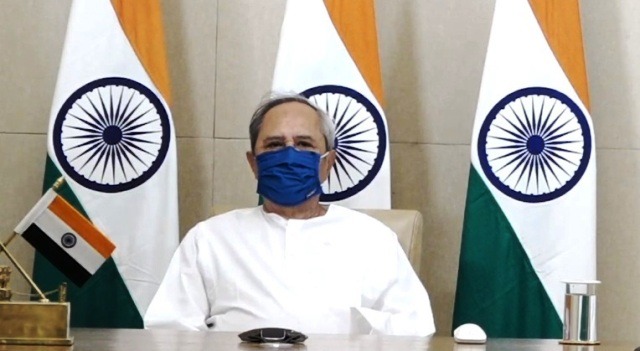 Bhubaneswar: Odisha Chief Minister Naveen Patnaik on Wednesday laid the foundation stone for a planetarium in Rayagada and a science centre in Jeypore in Koraput district.

The programme was done through video conferencing. Patnaik advised the students to develop liking towards science education and forge ahead in life with a scientific attitude.

The Chief Minister said the state has two planetariums and added that the government has decided to build six more planetariums shortly. He said 30 district science centres will also be established in as many districts.

Patnaik said Rs 100 crore would be invested for the project and added that the Pathani Samanta Planetarium in Bhubaneswar would be turned into a 3-D planetarium soon.

The Chief Minister said that science and technical knowledge have played an important role in the development of human civilization. It is not possible to live today without science, he said and added that the humanity has reached the zenith of civilization due to the contribution of science.

Patnaik said Odisha is moving towards a knowledge economy (science economy) in the application of science and technology. The Chief Minister said that in order to continue this process of development, there must be a scientific attitude, research attitude and rational thinking among the students and the general public.

The Chief Minister said his government is taking measures to attract more students to science, technology, engineering and mathematics education in the state. He hoped that the state government’s initiative towards science education would increase the scientific morale in the society as well as increase the ideological thinking among the children.

Science and Technology Minister Ashok Panda said that under the direction of the Chief Minister, a number of steps are being taken to promote science education in the state. Science centers are being set up in Planetarium and districts in different parts of the state. The Capital city’s Planetarium will be expanded to accommodate 120 people, the Minister added.

In Jeypore, Minister for Handlooms, Weaving and Handicrafts Padmini Dian said that the establishment of Planetarium in Jeypore is a matter of happiness for the entire Koraput district. The event featured a short video about the planetarium and the district science center.

Delhi Capitals beat Punjab Kings by 17 runs to jump to…