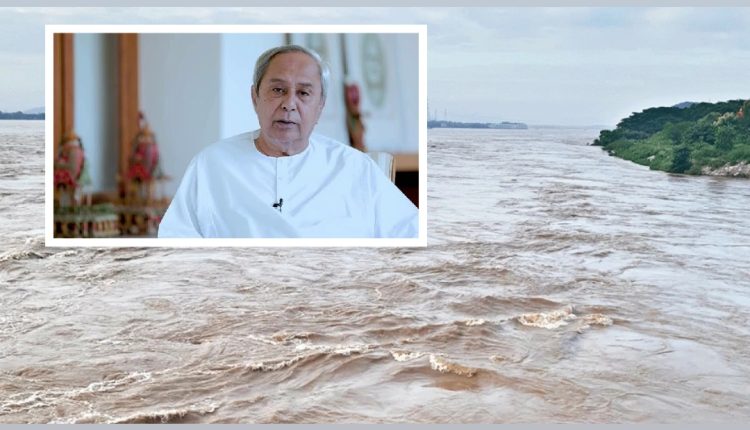 Bhubaneswar: Odisha chief minister Naveen Patnaik is scheduled to review flood situation in the state at 11 am today. Reportedly, Senior officials of various departments will be present.

A flood-like situation has emerged in Odisha following incessant rains in various parts of the state including the upper catchment area of the Mahanadi river in Chhattisgarh. Mahanadi has breached the danger level in many parts triggering an alarm.

However, the state government is trying to minimise the impact of the flood by regulating the flow of water using the gates of the Hirakud Reservoir.

Water also entered agricultural land causing serious damage to the vegetable and paddy crops. While the state government is battling hard to tackle the situation, another low pressure that is likely to form over the northwest Bay of Bengal around August 19, has raised serious concern.

While a flood threat looms in coastal Odisha, reports of water levels rising in rivers in other parts of the state have come.