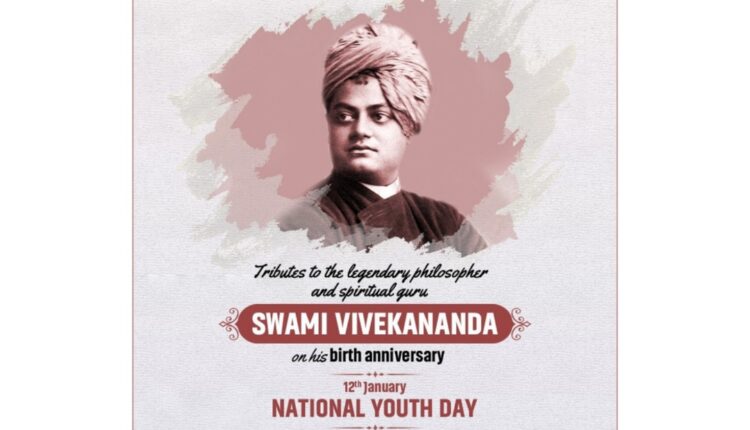 Humble tributes to great spiritual guru, #SwamiVivekananda on his birth anniversary, celebrated as #NationalYouthDay. Youth are the future of our nation. Let the youth icon’s teachings, wisdom and values be the guiding principles for our youth. pic.twitter.com/novY0Stnl1

I pay tributes to the great Swami Vivekananda on his Jayanti. His was a life devoted to national regeneration. He has motivated many youngsters to work towards nation building. Let us keep working together to fulfil the dreams he had for our nation.

January 12 is celebrated as National Youth Day every year to honor the birthday of Swami Vivekananda. He was born on January 12, 1863, in Kolkata. The day is observed across the country at schools, colleges with processions, speeches, music, seminars and so in. he was a person who changed the world with his thoughts and work was very vocal about the importance of youth in the process of a better nation.

In 1893, after his enticing speech at the Parliament of Religions in Chicago, Swami Vivekananda came under the international spotlight. He was known for his Vedanta philosophy and became India’s spiritual ambassador, becoming a bridge of religion and science between the east and west.