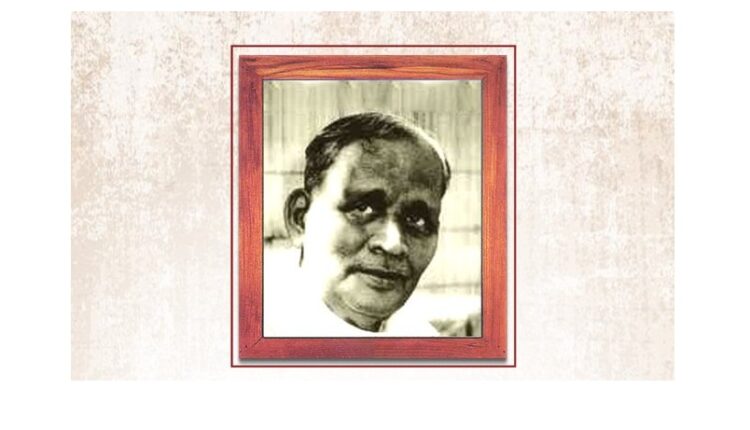 Bhubaneswar: Odisha Chief Minister Naveen Patnaik on Wednesday paid tributes to Kalicharan Patnaik, a famous literary figure of Odisha with brilliant contributions in the field of Odia music and plays.

Taking to Twitter, the CM praised the eminent figure who was associated with Odia cultural identity in the 20th century on his birth anniversary.

Kalicharan Patnaik was an eminent figure who was associated with Odia cultural identity in the 20th century. He was a famous literary figure of Odisha with brilliant contributions in the field of Odisha music and plays. He was born in 1898 on 23rd December (1305 Sala, PausaBakulaPurnima) in the Badamba state of Odisha. He had strong attachment towards music from his very childhood. He was fond of listening to the first recorded Odia song(1906) of KhanuMian (Shaikh Khan Mohamed) in BadambaGarhGramaphone record which is entitled “AsuchhantiBrajabasiDhireDhireChali”.

His plays include BanaBihara, KautukaChintamani, Vidyabati, Kishore ChandranandaChampu, Sri Gita Govinda, PritiSudhakara, Manini, Lakshmi, Dhurba, Mrigaya, Sakuntala, Harischandra, Pratisodha, Girls` School, Ahuti, Paribarttana, AkhiraDekha, Chumbana, Banamala, AtibadiJagannathaDasa, Abhijana, Chakri, Bhaata and many others. His autobiography entitled Kumbharachaka and his treatise Manchadhara are lasting contributions to the cultural history of Odisha. He was also associated with Odia movies like Lalita (1949) and Sri Jagannatha(1950) as he was a singer and music composer and director there. His discourse on Odishi Dance (1958) is a famous work on the development of Odishi which presents new ideas. His another famous treatiseOdishiSangitaPrakash was another lasting contribution to Odishi music. Amara SangitaDhara was an imperishable contribution of Kabichandra in the field of music. In 1958 he attended the all indiaNrutyaSangitaSammilani in Delhi and there he presented a focus on Odisi dance. Thereafter he wrote this discourse presenting several new theories that articulated Odia’s identity.

7 Including Minor Arrested Under Anti-Extortion Drive In Puri