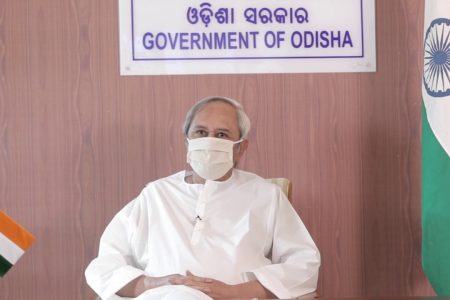 Bhubaneswar: Chief Minister Naveen Patnaik today reviewed the COVID-19 situation and directed the authorities concerned to keep in readiness all government and private COVID hospitals in the state within the next 10 days.

The Chief Minister has directed to keep ready the number of beds and ICUs that was needed during the peak of the second wave of COVID-19.

“The Omicron variant is spreading rapidly across the country… the number of patients has doubled in a few days and lakhs more could be infected soon… Odisha is also witnessing an increase in the number of Omicron patients, the Odisha CM said and added “We need to take immediate steps to ensure proper management of COVID-19,” Patnaik said.

Revealing that it had been decided to implement some of the preparations on a war footing basis at last week’s review meeting, the Chief Minister advised the Chief Secretary to hold daily review meetings to ensure implementation.

During the previous wave, senior officials were tasked with oxygen management, information campaigns, training modules, etc.. The Chief Minister has again suggested that the various monitoring groups of the officials and the district level monitoring system be re-activated. “As the virus is likely to spread rapidly in the country, it is imperative that all measures be taken immediately,” he said.

The Chief Minister appealed to the people to be vigilant and to abide by all the rules and regulations and to cooperate with the officials in charge.

Further,  Patnaik advised officials to work on campaign mode to accomplish the target of vaccinating the people while prioritising vaccination of the 15-18 year age group.

During the meeting, Chief Secretary Suresh Chandra Mohapatra said that all the concerned officials and district magistrates would be directed to take action as per the instructions of the Chief Minister. He said senior officials would visit the district to review the situation at the district level and take necessary steps.

14 Killed, 3 Injured In Landslide At Construction Site In China