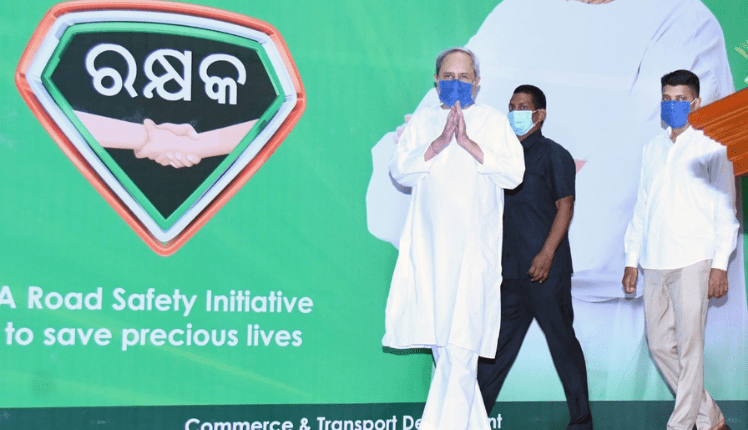 The ‘Rakshak’ programme, organised by the State Transport Department, will train 30,000 First Responders. The 300 trainees will train for 30 weeks in 30 districts of the state. Chief Minister Patnaik hopes that this will provide immediate assistance and treatment to the victims of road accidents and save many lives.

Addressing the gathering, the Chief Minister said that road accident are not just the loss of one person or one family. This is the loss of society. “So we all need to work together to prevent road mishaps,” he said.

The Chief Minister reiterated that the responsibility of the drivers is the same as that of the road users. In addition, other people at the scene of the accident have also special responsibilities. “So with a little help, a lot of lives can be saved and many families can be saved from misery,” said Naveen.

Highlighting the training system, the Chief Minister said that “you all are a Good Samaritans. The first hour of the accident is the most important. If the accident victims get prompt medical care within the golden hours, we can save a lot of lives,” the Odisha CM said.

The state government has set up a fund of Rs 147 crore to treat the accident victims and provisions have been made to reward good samaritans with Rs 2000 for helping such victims.

The Chief Minister appealed to the people to co-operate with the state government in this effort to prevent road accidents and save precious lives.

The Chief Minister lauded the efforts of various non-governmental organizations (NGOs) for providing immediate assistance to accident victims and creating awareness on road safety. Patnaik hoped that their efforts would be successful and that the death toll from accidents could be reduced.

CM Naveen Patnaik thanked the Transport Department for organising the training program and said it was the first such program at the state level. “After completion of the training program, there will be a lot of improvement in road safety,” he said. The Chief Minister thanked the various volunteers, Red Cross and other organisations who participated in the event and sought their cooperation in saving lives.

At the event, the Chief Minister unveiled the logo of the ‘Rakshak’ training program and inaugurated its website “OPTICS”. Kits and T-shirts were also distributed to the first responders who attended the training.

Attending the function, Minister for Commerce and Transport Padmanabha Behera highlighted the various measures being taken by the state government to prevent road accidents.

Another 317 COVID-19 patients recover in Odisha