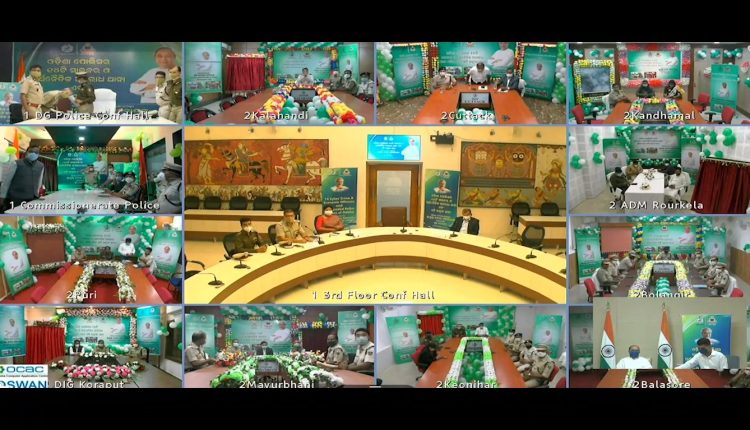 Speaking on the occasion, the Chief Minister said that his government is committed to providing the people of Odisha with modern policing system with a well-trained police force to counter technology-based crimes so as to protect their life, liberty and property effectively.

The CM said that Cyber Crimes have been rapidly emerging as a dominant crime in society. What makes it more worrisome is that it is anonymous, and not restricted by jurisdictional boundaries. Since the source of information is invariably based in servers existing in foreign countries, collection of evidence against the perpetrators becomes really challenging, he added.

He further said that economic offences have also emerged as a blue collar crime which not only affects the individual citizen but causes deep injuries to the financial health of our country.

The chief minister  said that these Police Stations will have trained police men and technical experts. They will be equipped with all the latest hardware and software required for investigating economic and cyber offences, he added.

The Chief Minister also inaugurated 3 Upgraded Police Stations.  While the first upgraded police station has been opened at Info Valley Special Economic Zone, the second has been opened at Bayalis Mouza under Cuttack Urban Police District, and the third has been located at Pahal under Bhubaneswar Urban Police District. These Police Stations will fulfill the longstanding demands of the citizens of the area and will strengthen policing in the sub-urban areas of the twin city.

Minister of State for Home Dibya Shankar Mishra expressed confidence that the new Police Stations will be able to contain cyber and economic offences.

DGP Abhay gave the welcome address and IG Operation proposed the vote of thanks.