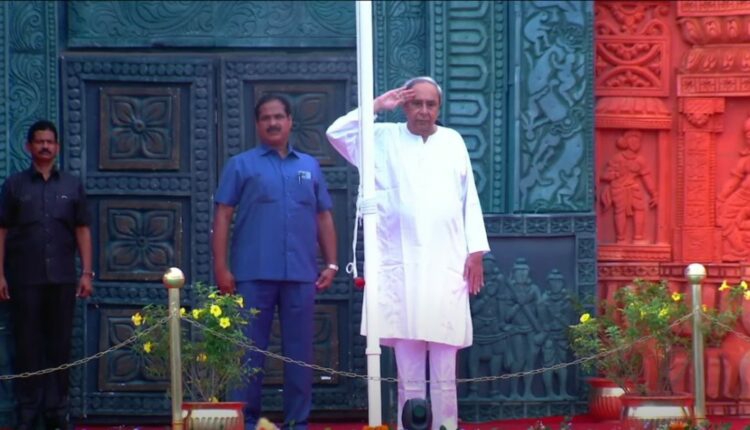 Extending his greetings and wishes to the people of the state on the occasion, Patnaik remembered the freedom fighters for their sacrifices and contributions, for which the country achieved freedom from British rule.

Addressing the people of the state, the CM said that the nation and the state has set many landmark in the last 75 years. Odisha has taken a major role in the development of the nation. A new era has began in the transformation of Odisha. The success of Odisha has become a inspiration for others.

He also said that the state has become a hub for sports now-a-days. The school transformation program has given hope for the children of the state. Currently, over 1 Lakh children are studying in 315 Adarsha Vidyalaya across the state. The govt is going to open 50 hostels for girl students in the Adarsha Vidyalayas.

On the occasion of the Independence Day, the govt has inaugurated 3000 monuments for various projects in many places of the 30 districts of the state. Odisha has also done many good plans for the tribal and backward class people.

At last CM Naveen said that there is only 25 years till the nation reaches 100 years of independence. So, we should remain prepared from now. In this time period, Odisha will be important part in the developement of the nation. Lastly, he concluded his speech by calling the citizens to give some their time for the nation. He said it will bring tremendous changes for the nation.q