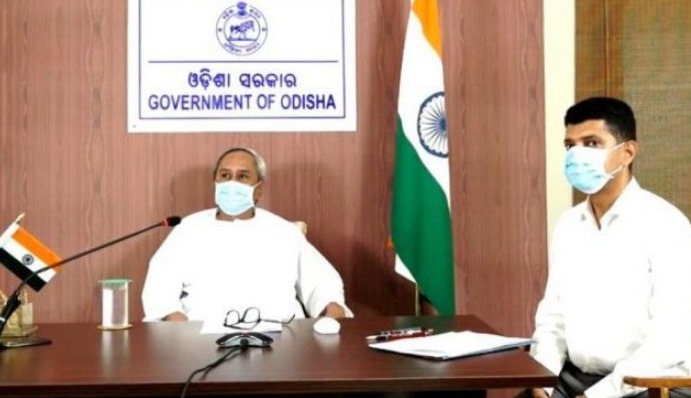 Bhubaneswar: Odisha Chief Minister Naveen Patnaik on Tuesday interacted with the people of Pipili and Delanga constituency via video conferencing and announced various development projects worth Rs 68 crore for the area.

The Odisha CM also announced that the government has decided to establish a Model School at Beraboi in Delanga and a memorial of Gandhiji.

The CM said, “This year marks the 100th anniversary of Mahatma Gandhi’s arrival in Odisha. Gandhiji first visited Odisha on March 23, 1921. He came to Beraboi in Delang in 1936 and took part in an agro and village enterprise exhibition. Gandhi’s idealogy have always been important to us, especially now.”

The Chief Minister said that he has always focused on the development of the village. Women and farmers have been focusing on the welfare of their brothers.

“It’s the smile on the face of the poor that gives him the most satisfaction,” the CM added.

Appreciating the Mission Shakti and farmers’ work during the coronavirus-induced lockdown, he said, I thank the women and farmers who continued to work without any fear. The country’s economy is alive today because of the hard work of the peasantry.

On the occasion, the Chief Minister also remembered former Pipili MLA late Pradeep Maharathy. He said the leader was associated with the development of Pipili-Delang for more than 30 years.

The CM further stated everyone has the right on development especially the weaker section of the society.