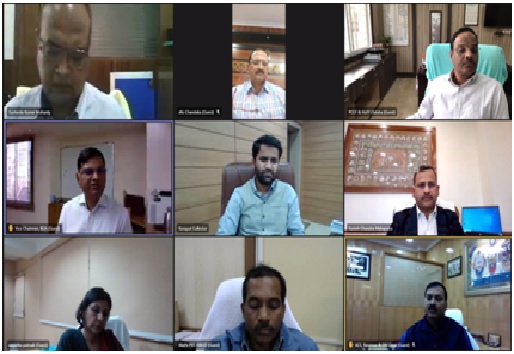 Considering different dimensions of the problems encountered by people who lived in Baramunda, Paikanagar, Kanan Vihar, and Jayadev Vihar areas from 1970s, the Chief Secretary directed BDA to complete the forest diversion proposals in a month and undertake Compensatory Afforestation (CA) against the forest land to be diverted. Besides, ADM Cuttack and DFO Athagarh were asked to demarcate the land for CA out of the land already identified by the Department of Revenue and Disaster Management (R & DM). Around 2000 households would be benefited from this intervention.

Further, Chief Secretary Suresh Mahapatra directed that no forest land should be allotted for CA. He directed to identify degraded revenue forests, and include those in land bank for CA so that no developmental project would halt for forest diversion issues.

Additional Chief Secretary (ACS) R & DM Satyabrata Sahu appraised that the land bank for compensatory afforestation was already created. Around 26,500 acres of degraded revenue forest land were identified in 18 districts during the month of January 2022. The districts like Keonjhar, Sundargarh, Bolangir, Jajpur, Mayurbhanj, Balasore, Sambalpur, Angul, Cuttack, Dhenkanal, Ganjam, Jagatsinghpur, Jharsuguda, Malkangiri, Naberangpur, Nuapada, Subarnapur and Nayagarh contributed land to the land bank. Keonjhar district led the suit with the identification of around 10,800 acres of land in a month.

ACS Satyabrata Sahu said that the target was fixed to increase the size of the land bank to 50,000 acres by March 2022. He also fixed the ambitious target of bringing in about one lakh hectare of land to the fold of land bank for CA within a year.

It was decided in the meeting that Additional Chief Secretary R & DM would be the Nodal Officer for the allotment of land for compensatory afforestation. The executing agencies of the developmental projects would approach the ADM (Revenue) of the concerned district for demarcation of land for CA out of the land bank.