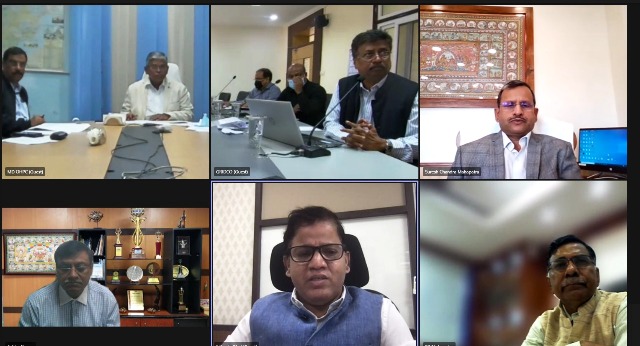 Bhubaneswar: Chief Secretary Suresh Chandra Mahapatra on Tuesday directed the power generating companies to maximise their production level as the expected demand for power during peak hours of next summer may cross 4000 MW.

Reviewing the present power availability and peak hour power demand of the State, the Chief Secretary directed to ensure no load-shading in the State. The power generating companies were asked to maximise production through proper maintenance and upkeep of all their production units.  GRIDCO and the Department of Energy were asked to keep constant vigil over proper maintenance and functioning of all the units.

Further, Mahapatra directed to maximize power generation from solar and thermal sources so that the average demand during the day time can be met from these sources. Chief Secretary also directed to keep the hydro power reserved for meeting the peak hour demands in the summer.

GRIDCO Managing Director Trilochan Panda appraised that as per contracted capacity of GRIDCO with power generating companies, State has total power availability of 7651 MW including the renewable sources of 1295 MW. Because of recent mechanical troubles in some units, the total power production has come down by around 1700 MW. The peak demand during the current season is around 3350 MW which GRIDCO is able to meet from different sources.

It is expected that the demand during peak hours of summer may cross 4000 MW. Keeping that in view, Chief Secretary directed the power generating companies to maximise their production level. The hydro reservoirs would be managed rationally to meet the peak hour demand till onset of the next monsoon.