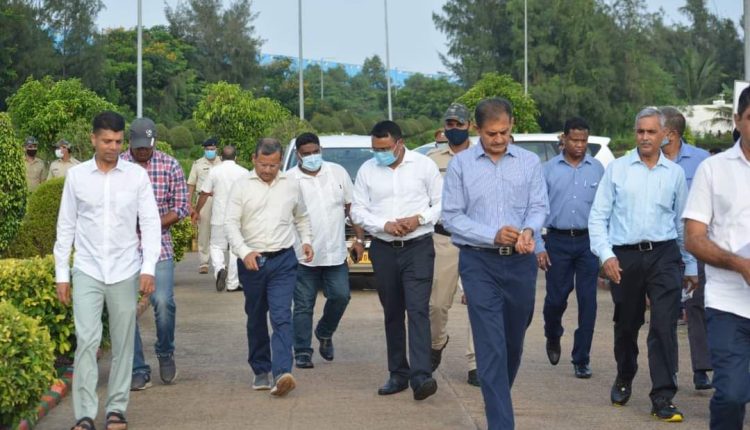 The Chief Secretary directed the concerned authorities to complete the road construction before the scheduled time. The team also expressed satisfaction over the work of LNG gas terminal. Mohapatra also ordered the district officials to expedite land acquisition works for setting up of the airstrip.

Both the officers later visited the Akhandalamani temple and reviewed peripheral development work. The state government has sanctioned Rs 6 crore for the development around the temple. The 5-T secretary directed the concerned district officials to complete the development work by November 30.

They also held discussion with the temple servitors and locals.  The team said that construction of a bridge over Salandi river will be taken up soon to ease communication of pilgrims.