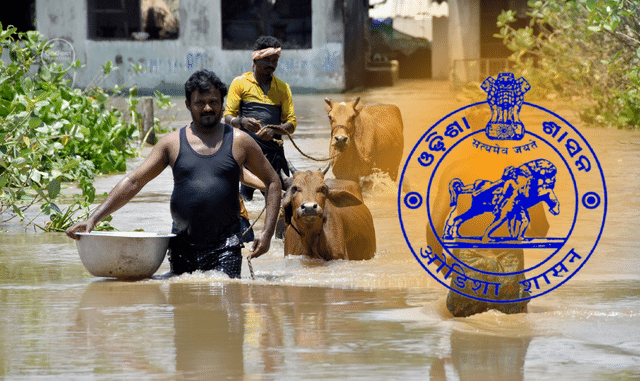 Bhubaneswar: In view of the flood in various river systems of the state, the Odisha Government has cancelled the leaves and holidays of Government officials in 10 districts for a week. Besides, those who are already on leave have been ordered to join their duties immediately.

According to reports, the leaves and holidays of government officials in Sambalpur, Sonepur, Boudh, Anugul, Nayagarh, Khordha, Cuttack, Puri, Jagatsinghpur and Kendrapada have been cancelled for seven days.

As the next 48 hours are very crucial, the state government is keeping a close eye on the flood situation. While 40 gates of the Hirakud Dam have been opened to flush the excess flood waters, all major rivers in the state are flowing above the danger level.

The flow of flood water in Mahanadi is at its peak at Mundali in Cuttack and the same will continue for another 8 to 9 hrs till 3 am.  The waters will flow into the seas by the evening from 6 pm to 9 pm on Wednesday, the SRC informed Tuesday evening.

As several villages have been inundated due to flood water, the government has asked the Collectors of flood-hit districts to declare holidays for schools and educational institutions.