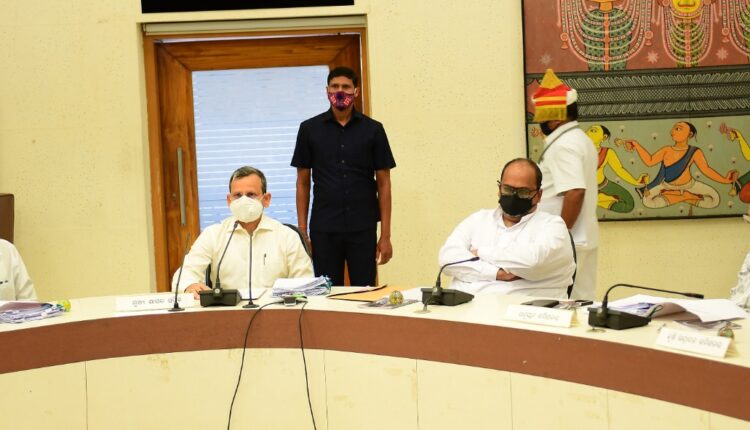 Bhubaneswar: The State Cabinet today accorded approval to restructuring of Odisha Excise Service Cadre with introduction of direct recruitment at the stage of Deputy Superintendent of Excise, creation of two new Excise Districts, creation of five new Excise Stations and separation of office of Excise Commissioner from the Board of Revenue etc.

Government had also proposed to create two new Excise Districts at Bhubaneswar and Rourkela on being bifurcated from Khurdha and Sundargarh Districts due to its large area and location at inter-state Jharkhand border respectively with creation four regular Ministerial cadre posts.

Further, the state government had proposed to create five new Excise Stations at Tihidi, Baliapal, Bhuban, Begunia and Panposh in the districts of Bhadrak, Balasore, Dhenkanal, Khurdha and Sundargarh in consideration of inter-State Border/ID/Duplicate Liquor Manufacturing/Brown Sugar Hubs to strengthen excise field administration in these areas.

This apart, the state government had proposed to allow the office of Excise Commissioner, Odisha to function as an Excise Directorate on being carved out from existing Board of Revenue with own cadre management and staffing pattern with creation of five base level ministerial cadre posts to make the Directorate more responsive, vibrant, accountable and effectiveness in delivery of public services.