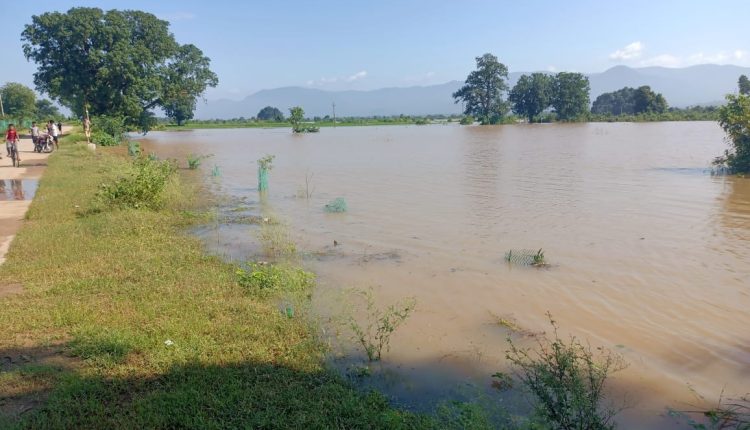 While rains continue in the upper catchment areas of Mahanadi, the IMD has forecast 76 mm rains in Chattisgarh on Monday. This means more water will flow into Odisha (Hirakud dam) so, the water level will rise to 10.50 lakh cusec through the reservoir, he added.

“We are expecting a medium flood of the range of the one which occurred during August in 2019. During that flood 10.34 lakh cusec water passed through the Hirakud reservoir. Districts to be affected by this flood are – Jagathsinghpur, Puri, Khurda, and Kendrapara. Some parts of Nayagarh and Cuttack districts are also likely to be affected,” Jena said.

The SRC added that Mahanadi basin will witness the peak flood by tomorrow afternoon when the water released from Hirakud reaches Mundali. The water level in Mundali on Monday evening is expected to be around 10.50 lakh cusec.

Total 7 teams of ODRAF, 3 of the NDRF and 12 teams from Odisha Fire Service have been mobilised to the vulnerable areas in Puri, Kendrapara, Khurda, Cuttack, Jagatsinghpur and Nayagarh.