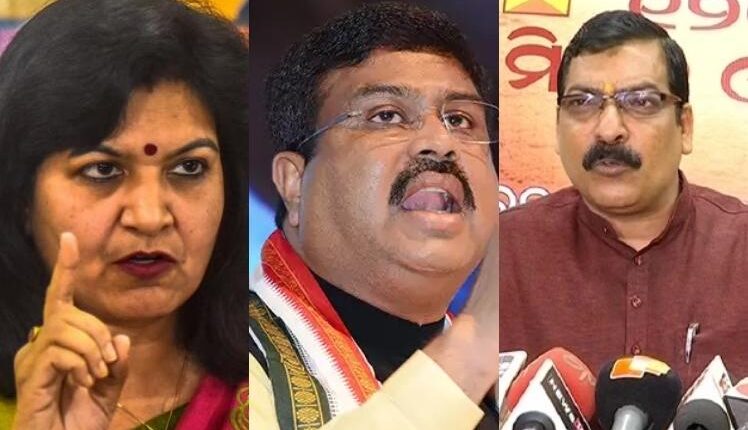 Bhubaneswar MP Aparajita Sarangi said that the Banpur incident is a blatant act of political violence and deteriorating law and order situation in Odisha. She also demanded stringent action against MLA Jagdev within 48 hours.

Taking to Twitter, Pradhan said, ramming a vehicle into the crowd is an inhuman act. Especially, running vehicles on the peace-keeping police and innocent people with ill intentions is pathetic and heartbreaking, Pradhan added.

“Odisha BJD MLA Prashanta Jagdev intentionally ran his car over people gathered for Block Chairman Election in front of Banapur Block. I strongly condemn the incident and demand stern action against him. If the police will remain silent in this incident, then BJP will stage dharna wearing black bands,” said Mohapatra.

Notably, in wake of unrest after Chilika MLA Prashant Jagdev rammed his car into a gathering on Saturday, Central Range IG Narasingha Bhol said that the suspended lawmaker will be arrested after recovering from his injuries.

Meanwhile, prohibitory orders under section 144 of the CrPC clamped in the Banpur Town area to prevent any untoward incidents.