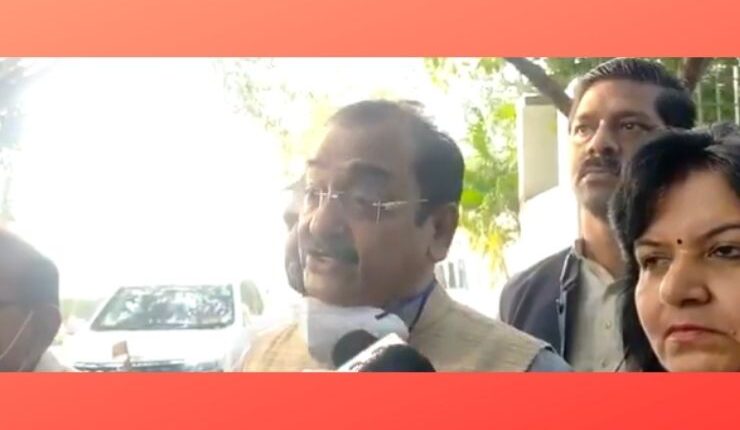 The deligation was headed by state BJP president Samir Mohanty, comprsing with other BJP leaders including MP Aparajita Sarangi, senior leader Jayanarayan Mishra, submitted a memorandum addressed to the President of India.

While breifing media regarding the same, the safron party leaders also lashed out at Congress for breach in Prime Minister’s security.

“It is a very shameful issue that the Congress-led Punjab government was unable to provide security to the country’s PM. It is one of the outcomes of Congress’ conspiracy against the Bharatiya Janata Party. The same we discussed wiith Mahamahim Governor today,” said Mohanty to medi persons after the meetting.

On Wednesday, Prime Minister Narendra Modi’s convoy was stuck on a flyover in Punjab for nearly 20 minutes because of a protest by the farmers. The cavalcade was stuck and private cars could be seen approaching, which was a major security breach. PM Modi returned to the airport in Bathinda because of the lapse.

A Star With A Heartbeat & Without A Magnetic Field Discovered

Miscreants Loot Ornaments, Other Valuables From Five Temples In Khurda