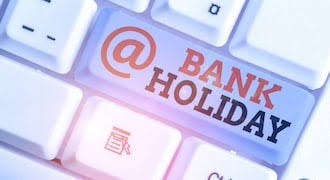 Odisha: Banks to remain shut on September 1 for Nuakhai

Bhubaneswar: The Odisha government on Monday announced that the banks will remain closed on September 1, 2022, on the occasion of Nuakhai.

As per the notification issued by the Revenue and Disaster Management Department, “The government of Odisha have been pleased to declare under the explanation to section 25 of the Negotiable Instrument Act 1881 (Centra Act XXXVI of 1881), read with the notification of the Government of India,. Ministry of Home Affairs (dated June 8, 1957), the public holidays, expressly defined in the said explanation, that the banks and other banking institutions in Odisha, will remain closed on September 1, 2022 on the occasion of Nuakhai.”

Leader of Opposition Jayanarayan Mishra had also shot off a letter to Chief Minister Naveen Patnaik and demanded to declare a two-day-long state-level holiday for the mass festival.

UP Official Probed For Not Recognising Smriti Irani Over Phone