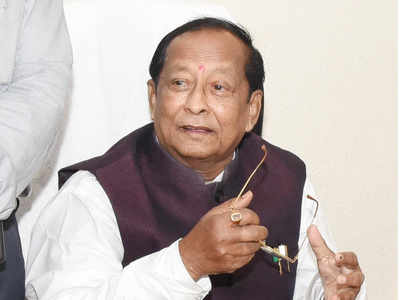 Bhubaneswar: Odisha Assembly Speaker Surjya Narayan Patro raked up again on Union Minister for Law and Justice Kiren Rijiju’s statement over the formation of a Legislative Council in the state on Saturday.

Patro reportedly said that two letters related to the matter will be dispatched soon.

While one will be addressed to all the Parliamentarians from the State Assembly- which will include a copy of the resolution passed in the Odisha Assembly in 2018, he will personally write the other letter to the Union Minister.

Patro said,” I will call upon the Union Minister to conduct a probe to identify the official who had provided him (Minister) incorrect information about the resolution passed by the Odisha legislature.”

“A copy of the resolution passed in the Assembly had been sent to different departments of the Central government on September 18, 2018. Once again, I will write a letter regarding the matter to the concerned departments and attach a copy of the letter. I will also write a letter personally to the Union Minister,” said Patro.