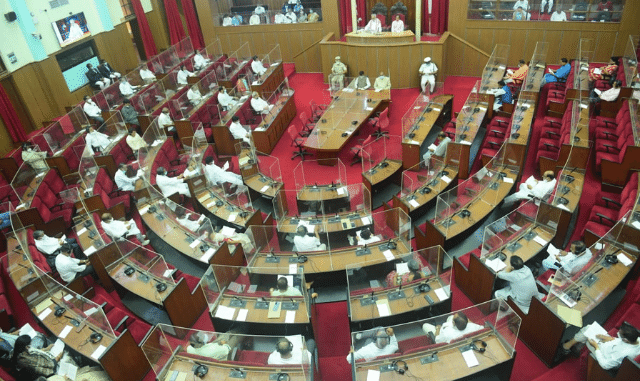 Bhubaneswar: The monsoon session of the Odisha Legislative Assembly ran smoothly on Saturday with members participating in Question Hour discussions and concerned Ministers giving replies to additional questions asked by them.

Raising a question regarding the state’s tourism sector, senior BJD legislator Debi Prasad Mishra said that the government is not implementing the roadmap for the infrastructure of Odisha’s tourism sector.

“We are not able to implement the roadmap to enhance the tourism sector of our state. For this, foreign tourists are not coming to Odisha nowadays. The sanctioned money for the sector is not utilised which should be a major concern for our government. Small states like Goa are earning well from its travel and tourism sector, while Odisha is yet to make its way even after vast opportunities,” Mishra said.

“I am not accusing anyone but I want the government to focus on the tourism department as the sector needs special concern,” he added.

Answering their queries, State Tourism Minister, Ashwini Kumar Patra said,” The state government is taking necessary steps to develop the tourism sector. After 2019, the number of tourists visiting Odisha has reportedly declined due to the Covid-19 pandemic. A total of Rs 574 crore has been earmarked for tourism development in the state in the 22-23 financial year.”