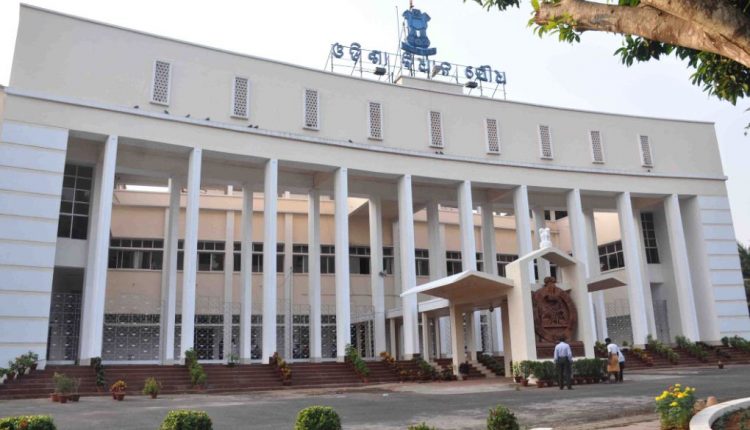 Bhubaneswar: On Day 1 of the Monsoon Session of Odisha Assembly, the House was adjourned till 4 PM following the pandemonium by the Opposition BJP and Congress over Nupur Sharma issue.

The new Speaker of Odisha Legislative Assembly, Bikram Keshari Arukha, Saturday adjourned the House till 4 PM after the Opposition party members created a ruckus over the Nupur Sharma and the brutal killing of a tailor, Kanhaiyalal in Udaipur.

The monsoon session of the Assembly began with a condolence motion moved by Chief Minister Naveen Patnaik, mourning the death of former MLA from Balliguda Surendra Nath Kanhar

Leader of the Opposition Bishnu Sethi opposed the criticisms made by Senior Congress leader Narasingha Mishra on the BJP in the Assembly over suspended spokesperson Nupur Sharma. Following this, a war of words erupted between the two leaders.

In the zero hours, Congress legislature party leader Narasingha Mishra raised the issue of Nupur Sharma’s controversial statement, criticizing the BJP and targeting the central government. In response, the opposition BJP condemned Narasimha’s remarks. The house was repeatedly adjourned due to the commotion of members of both opposition parties.

The senior Congress leader Saturday raised the issue, saying that Nupur Sharma was the BJP’s spokesperson. The Supreme Court has indirectly reprimanded the BJP by criticising Nupur.

As the SC has said that the entire country is on fire over Sharma’s remark, such incidents may occur in Odisha too. Therefore, the Chief Minister should come up with a statement to put forth his stand on this issue, demanded the Congress leader.

BJP deputy leader Bishnu Sethi responded quickly and whether the Congress government in Rajasthan will be resigning over the murder of a tailor in Udaipur. He said that the party has already suspended Sharma over the controversial remarks and she has also tendered an apology for the same.

Moreover, Nupur Sharma is not a member of the House, so why the issue would be discussed?, he questioned. Sethi also did not forget to target Congress over the issue of Kashmir Pandit exodus.

As soon as the House assembled again, Speaker BK Arukha said that the person concerned (Nupur Sharma) is not a member of the House, so no discussion should be held in this regard.

However, the opposition members continued to create an uproar and the Speaker adjourned the proceedings till 4 p.m.

As per schedule, the monsoon session will have 24 business days. The annual budget for the year 2022-23 will be presented this afternoon while the Appropriation Bill will be tabled on July 29. The House will continue till August 4 in two phases. After then, again the opposition members created a ruckus in the House.