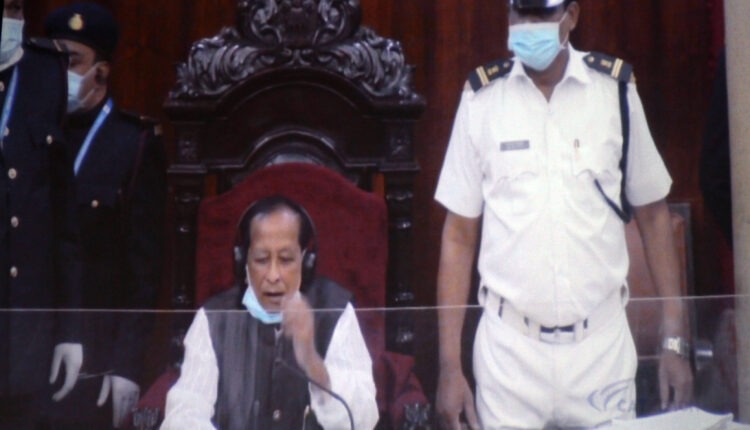 The Minister on Saturday had submitted a copy in the House on paddy procurement and mandi mismanagement under the direction of Speaker Surjya Narayan Patro.

However, LoP Naik tore the submitted copy and threw the same onto the Speaker’s podium.

The BJP leader, who alleged gross irregularities and mismanagement in mandi, demanded a solution to the issue through an all-party meeting.

Congress leader Tara Prasad Bahinipati was seen requesting the Speaker with folded hands to ensure smooth procurement of paddy at mandis across the state. Bahinipati also demanded adjournment motion for a debate on the issue.

The Speaker asked the Opposition members to wait for a week for debate over the issue as the Minister has submitted his reply.

The Congress Legislature Party (CLP) leader Narasingha Mishra wrote to the Speaker saying that the statement is false and tantamount to breach of privilege. Mishra said he had protested and not agreed to the proposal of the Speaker for directing the Minister to make such a statement in the House.

He sought the clarification of the Speaker on the matter in the House and cautioned that if this was not done then his party will not attend the all-party meet.